"I'm not on board, obviously, because I don't believe in socialism and Marxism" 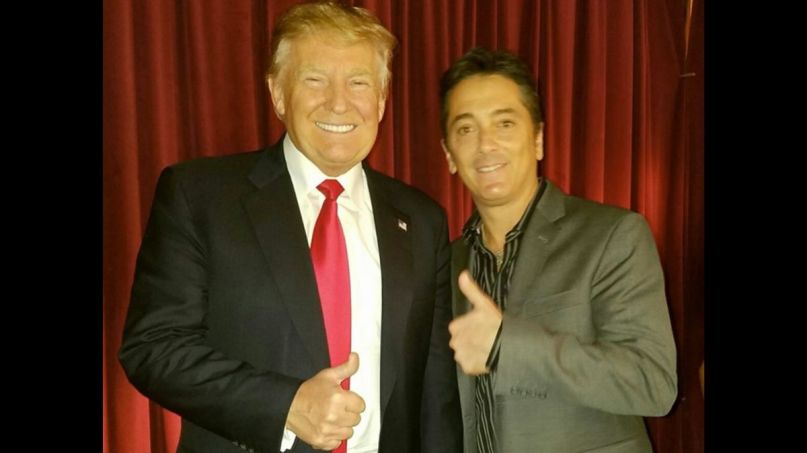 On Sunday night, several cast members of Happy Days will reunite for a virtual event benefiting the Democratic Party of Wisconsin. Unsurprisingly, devout Trump supporter Scott Baio — who played Chachi on the late ’70s sitcom — is not among the scheduled participants, and he isn’t holding back his thoughts on the matter.

“I’m not on board, obviously, because I don’t believe in socialism and Marxism,” Baio, 60, said in an interview on Fox News Business this week.

“Here’s what I don’t get: To take a show like Happy Days, that represented traditional American values, good morals, a slice of Americana,” Baio added, “and to use that show and those ideals to promote two people in Joe Biden and Kamala Harris that condone, encourage and foment rioting and looting is a little bizarre to me.”

Baio also criticized Full House star John Stamos, who volunteered to fill in for Baio for the reunion. “It’s good to know that Stamos is part of the Hollywood elite Marxist crowd,” Baio said, adding, “I think Stamos always wanted to be Chachi instead of playing second fiddle to a 3-year-old.”

While Baio will not appear during tonight’s reunion, several other Happy Days cast members including Henry Winkler (The Fonz), Ron Howard (Richie), Don Most (Ralph Malph), Anson Williams (Potsie), and Marion Ross (Marion Cunningham) are confirmed to participate. The festivities begin at 7:00 p.m. ET. Admission is dependent on a donation, and you can find more information here.

Virtual reunion fundraiser have been all the rage during the pandemic, and doubly so during election season. The Dazed and Confused cast held a table read to support “get-out-the-vote” initiatives in Texas, Spinal Tap reformed to benefit the Pennsylvania Democratic Party, and The Princess Bride cast did a table read for Wisconsin Dems. And on October 27th, the cast of Superbad will reunite for a live viewing party, which also benefits the Democratic Party of Wisconsin.

The most important election of our lifetimes is right around the corner and Wisconsin is a must-win swing state. So, I’m thrilled to announce a #HappyDaysReunion to support @WisDems on Oct 25. Chip in any amount to attend – https://t.co/otVhvvojQZ

Shouldn't you be taking care of Aunt Becky? 🤔