Larry David, Julia Louis-Dreyfus, and Jason Alexander getting together to turn Texas blue 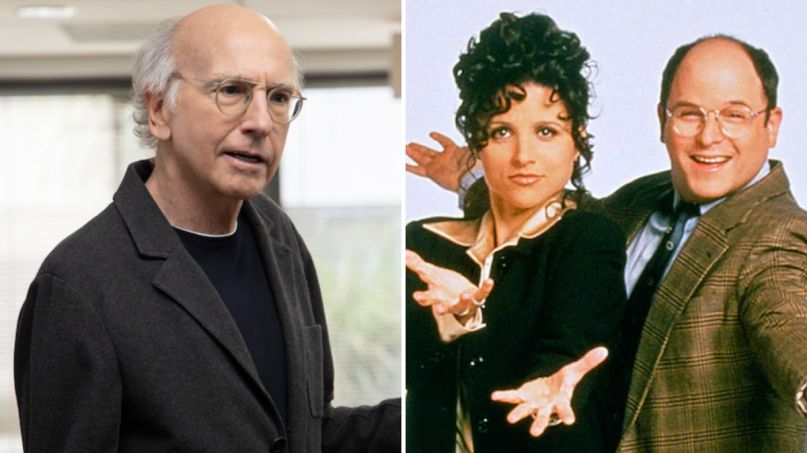 “If every instinct you have is wrong, then the opposite would have to be right.” That Seinfeld quote could easily be applied to the Texas electorate, who voted overwhelming for Trump in the 2016 election. Hoping to correct the state’s instincts as the Orange One is up for re-election, Seinfeld cast members Julia Louis-Dreyfus and Jason Alexander are reuniting with co-creator Larry David for a virtual Texas Democratic Party fundraiser.

As The Hollywood Reporter has it, the “Fundraiser About Something” is set to take place Friday, October 23rd at 7:00 p.m. CT. Late Night host Seth Meyers will moderate the event, which is also being worked on by Seinfeld writer-producer and Veep showrunner David Mandel. (Mandel also recently wrote an ad supporting the US Postal Service and mail in voting that starred Wayne Knight reprising his Seinfeld role of Newman.)

Said Louis-Dreyfus, Alexander, and David in a joint statement,

“Texas is a battleground state, period. We knew that we had to reunite for something special and the movement on the ground for Texas Democrats up and down the ballot is the perfect opportunity to do just that. Texans are getting out to vote in droves and showing the world that Texas has never been a red state, it’s been a non-voting state. We couldn’t be more thrilled to host a ‘fundraiser about something’ for a terrific organization like the Texas Democratic Party, who are building the movement necessary to turn Texas blue in 14 days.”

They’re not wrong about the potential to turn Texas blue; while 52.2% of votes went to Trump versus 43.2% for Hillary Clinton in ’16, only 59.4% of registered voters actually went to the polls. And that was only 46.5% of eligible voters. Texas was also the only state where electoral college members cast faithless votes against Trump, with two electors choosing other candidates. A Republican presidential candidate hadn’t seen a faithless elector since 1976.

Access to the “Fundraiser About Something” is granted to anyone who donates any amount to the Texas Democrats. The reunion promises even more Seinfeld guests and surprises than already announced, so head to ActBlue to donate now.

This is but the latest pro-Democratic event in which Louis-Dreyfus has participated. She got together with her Veep castmates earlier this month to support Wisconsin Democrats, and even hosted a night of the Democratic National Convention back in August. This Seinfeld reunion comes after a video comparing Trump’s dance moves to the infamously uncomfortable jerking of Louis-Dreyfus’ Elaine character went viral. “First he stole all of Veep. Now he’s stealing from Seinfeld,” the actress tweeted in sharing the clip. “Melania deserves an Emmy for acting like she’s attracted to THIS.”

First he stole all of Veep. Now he’s stealing from Seinfeld. Melania deserves an Emmy for acting like she’s attracted to THIS. https://t.co/tAeQEK7LPh

The President is apparently a fan of @OfficialJLD ‘s famous I can’t dance for shit moves. Julia was working hard to be that awful. I feel like these are his best moves. https://t.co/fNGCnzdahX

Virtual reunion fundraiser have been all the rage during the pandemic, and doubly so during election season. The Dazed and Confused cast held a table read to support “get-out-the-vote” initiatives in Texas, Spinal Tap reformed to benefit the Pennsylvania Democratic Party, and The Princess Bride cast did a table read for Wisconsin dems.