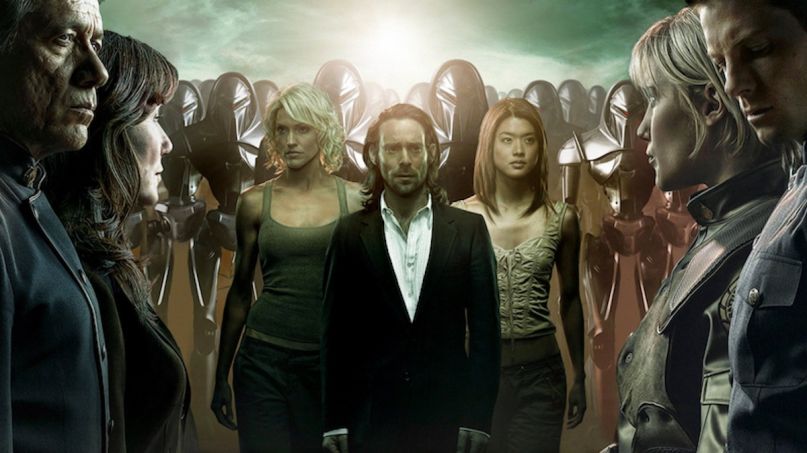 The Cylons are preparing for a comeback. According to The Hollywood Reporter, Universal is working on a new Battlestar Galactica movie, and screenwriter Simon Kinberg has been tapped to both write and produce the franchise.

If there’s anyone prepared to explore a beloved franchise like Battlestar Galactica, it’s Kinberg. He spent years building the backbone of the X-Men movies, writing sci-fi flicks like Jumper and Fantastic Four, and producing features like The Martian and Deadpool. Kinberg’s got the experience to helm a project like this, and luckily he’s already promised to remain faithful to the source material, too.

“Battlestar Galactica is one of the holy grails in science fiction, and I couldn’t be more excited about bringing something new to the franchise, while honoring what’s made it so iconic and enduring,” said Kinberg in a statement. “I’m so grateful that Dylan and my partners at Universal have trusted me with this incredible universe.”

Fans of the series know that a feature film adaptation has been in the works at Universal for over a decade now. Creator Glen A. Larson negotiated adaptation rights with the studio back in 2009. Afterwards, Universal brought on directors like Bryan Singer and Francis Lawrence, but they eventually turned down the job for other projects. Meanwhile, the script was continually re-written and tweaked over the years by screenwriters like John Orloff, Jack Paglen, Lisa Joy, and Jay Basu. That changes with Kinberg, though, who will reportedly start “from the ground up” with his script.

Kinberg will be joined by producer Dylan Clark on the Battlestar Galactica movie as well. So far no director, release date, plot details, or cast and crew members have been revealed just yet.

Last month, Colonel Saul Tigh actor Michael Hogan suffered a serious brain injury and is now paralyzed after falling down at a convention. Fans have since raised over $200,000 via a GoFundMe page to help the famed TV series star with his medical costs.