Song of the Week: BLACKPINK Find Their Own Roar on “Lovesick Girls” 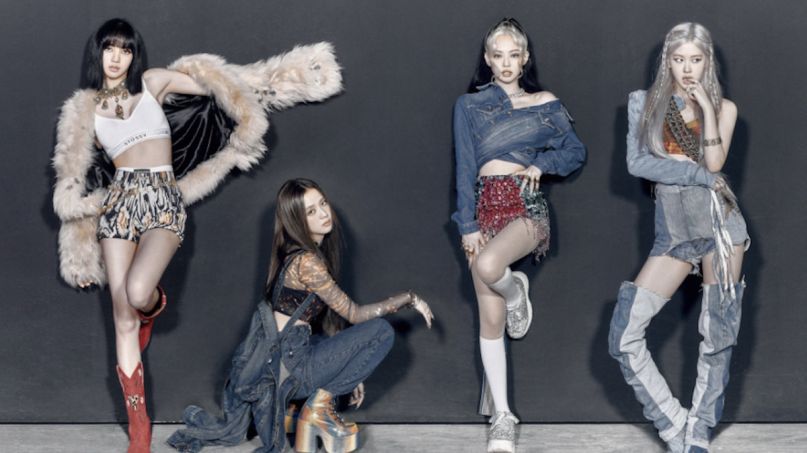 Note to self (and anyone in the same camp). It’s time to stop underestimating K-Pop. What once felt like a fad to those of us late to the genre now pulls in fans and numbers in the States like only a small handful of hip-hop and pop stars can boast. Take BLACKPINK for instance. Perhaps once in the shadow of male K-Pop world-beaters BTS, the girl group dropped their debut Korean-language studio album, matter-of-factly titled The Album, last Friday, and already the video for new single “Lovesick Girls”, released the day before, has racked up over 94 million YouTube views. Lord knows what that figure will be by the time I finish this short article.

That type of frenzy demands not only a double-take but a closer look. One that reveals an industry that knows what audiences across the globe want, how to package their product, how to execute a rollout in different markets (e.g., making our late-night rounds and collaborating with American favorites like Lady Gaga and Cardi B), and, perhaps most importantly, that staying power ultimately depends on artists like BTS, BLACKPINK, and others continuing to evolve both as performers and songwriters with new themes and takes on the universal experiences that tie listeners in the East together with those in the West.

BLACKPINK group members Jisoo, Jennie, Rosé, and Lisa return with The Album after last year’s breakthrough KILL THIS LOVE EP. It’s fitting perhaps that third single “Lovesick Girls” introduces a modern spin on the heart’s resilience in the same week that singer-turned-icon Helen Reddy, who made a hit and feminist anthem out of the song “I Am Woman”, sadly passed away. While Reddy’s song speaks to the strength and determination of women to get back up when they have fallen or, more to the point, been knocked down by a society stacked against them (“No one’s ever gonna keep me down again”), “Lovesick Girls” focuses on both the desire and ability to bounce back after heartbreak (“But I don’t care/ I’ll do it over and over). When Reddy sang, “I am strong/ I am invincible,” she was talking far more about social justice than mending a broken heart, but, all the same, BLACKPINK tap into that idea of turning pain into resolve and being strong enough to overcome heartbreak and put themselves back out there.

In her review of The Album, our own Hannah Zwick talks about songs like “Lovesick Girls” sticking to the group’s proven formula of “glossy production, addictive beats, distinctive vocals, and captivating performances” paired with eye-catching visuals like we see in the song’s video. It’s what the fans want. She also points out, however, that that same production can feel safe and even a bit tired at times and that some of the lyrical messaging on the album sounds strange not having been penned by the group themselves. For now, BLACKPINK are on top and are poised to set another round of records with their latest release and videos, but the real challenge, as Zwick suggests, remains to be seen if the group can find new ways to step beyond their current inspirations and formulas. The talent isn’t the question; it’s whether or not the four can find their own unique voice — or, as Reddy might’ve put it, roar — going forward.