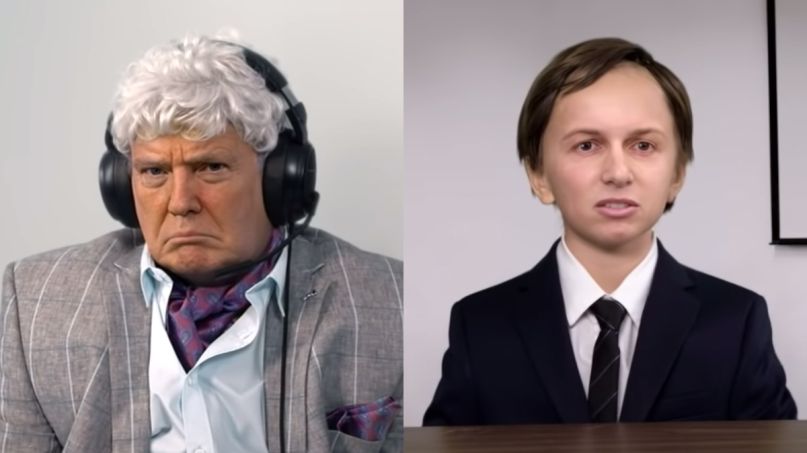 South Park returned earlier this month with the hour-long “Pandemic Special”, though there’s still no word on when Season 24 will properly begin. In the meantime, creators Matt Stone and Trey Parker have teamed with British comedian great Peter Serafinowicz (Amazon’s The Tick, Guardians of the Galaxy) for a new deepfake web series called Sassy Justice.

The show is presented as a local Cheyenne, Wyoming news program hosted by American Consumer Advocate Fred Sassy, himself a deepfake of Donald Trump. (The name “Fred Sassy” has to be a play on Trump’s dad, right?) A description of the first episode promises Sass will go “to battle for the common man in his hometown.” First, he’s exposing the dangers of deepfakes — the technological trick of mapping a person’s face on a different person’s body — and what our government is doing to stop it.

The nearly 15-minute episode sees “Al Gore” explaining that the threat of deepfakes is that anyone can just make celebrities like Tom Cruise, Carrie Underwood, or Tom Hanks say, “Vagina poop.” Amusingly, the deepfakes within the program are either real (Dr. Anthony Fauci) or puppets that bear little resemblance to their famous counterparts. Other guests, however, are all brilliant digital mappings of a mid-stroke Trump, an expert Michael Caine (I’ll eat my hat if that’s not Ross Marquand), a ditzy Ivanka Trump, and a childish Jared Kushner stumping for his “daddy-in-law.”

Between segments there are even deepfake ads. Apparently, Facebook founder Mark Zuckerberg has found a new cash flow by ripping off elderly Cheyenne residents as “the dialysis king.”

What South Park is to cutout animation, Sassy Justice is to deepfakes, making it a welcome bit of humorous respite in these crazy times. Hopefully more episodes will be coming online soon, but for now, watch Episode 1 below.