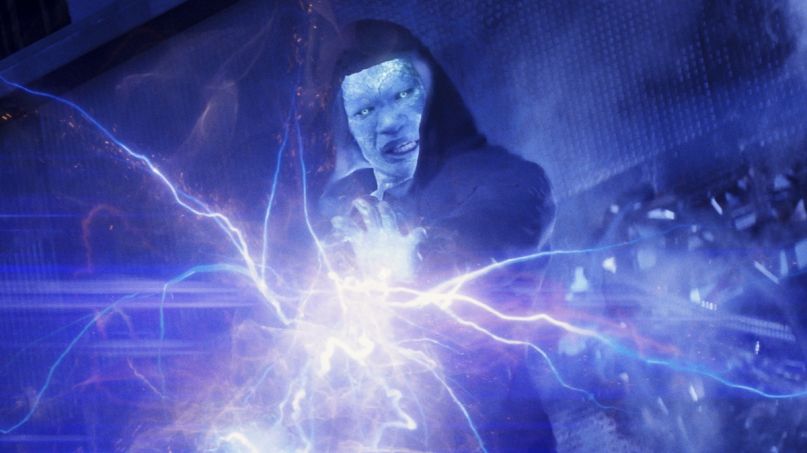 Jamie Foxx as Electro in The Amazing Spider-Man 2

In news that will truly shock Marvel fans, The Hollywood Reporter has it that Jamie Foxx is in final negotiations to reprise his The Amazing Spider-Man 2 role of Electro in the upcoming Spider-Man 3.

Foxx portrayed the classic villain six years ago in the second and final movie featuring Andrew Garfield in Spidey’s webs. While the film was the ninth-highest-grossing release of 2014, its $709 million box office take remains the lowest of any Spider-Man movie to date, and it was generally panned by critics and fans alike. In fact, it was so poorly received that Sony abandoned plans for more sequels and a Sinister Six spinoff in favor of its now legendary deal with Marvel Studios bringing Spider-Man to the Marvel Cinematic Universe.

Infamously, Sony attempted to reclaim the web-head last summer following the success of Spider-Man: Far From Home, the second solo film and fifth MCU entry overall starring Tom Holland in the role. The actor himself is credited with urging Sony and Marvel to broker a new deal allowing the beloved hero to remain in the MCU for at least one more solo adventure and another crossover appearance.

Which all begs the question: What the hell does Foxx’s casting as Electro mean? Could it be a complete reboot of the character, just portrayed by the same actor? Or maybe we’re talking the multiverse, something set up in Avengers: Endgame and expected to be explored in the Loki Disney+ series and Doctor Strange and the Multiverse of Madness? And if that’s the case, perhaps Sony is hoping to use Foxx’s appearance as a backdoor return to their Sinister Six plans, which Amazing Spider-Man 2 laid out in heavy-handed fashion.

Frankly, none of those options seem very much Marvel or Kevin Feige’s style. With DC upping the multiverse game in the forthcoming Flash movie, it would make more sense for Marvel to continue forging their own path.

That said, Far From Home did actually end with an actor from a previous Spider-Man film series “reprising” their role for a cameo: J.K. Simmons appeared as a different version of his iconic J. Jonah Jameson from the Sam Raimi trilogy. Maybe Foxx’s part in the MCU’s Spider-Man 3 will be something akin to that, a nod to past movies without fully integrating them. Then again, there was that Michael Keaton cameo in the last Morbius trailer, and there were nods to Raimi’s movies in Into the Spider-Verse, so maybe this is one big tangled web after all.

Update: Foxx has confirmed that he is indeed returning as Electro. “Tell Spidey let’s run it back!” he wrote in an Instagram post. “Super excited to [be] part of the new marvel Spider-Man new installment… can’t wait for y’all to check the new one. And I won’t be blue in this one!! But a thousand percent badass!!” The caption was connected to a series of pictures celebrating the casting — including one that seemed to heavily hint that the live-action Spider-Verse is indeed a thing. Check it out below.

Whatever director Jon Watts has cooking up with writers Chris McKenna and Erik Sommers, it’s clearly going to be a jolt to the Spider-Verse. Alongside Holland, other cast members expected to return for another swing in Spider-Man 3include Zendaya (MJ), Marisa Tomei (Aunt May), Jaxob Batalon (Ned), and Tony Revolori (Flash).

While Spider-Man 3 wasn’t part of the recent MCU release date shuffle, it wouldn’t be surprising to see it move from its current November 5th, 2021 release date.