The industrial rock vets cover The Cure, Ministry, and Echo & the Bunnymen on the new EP 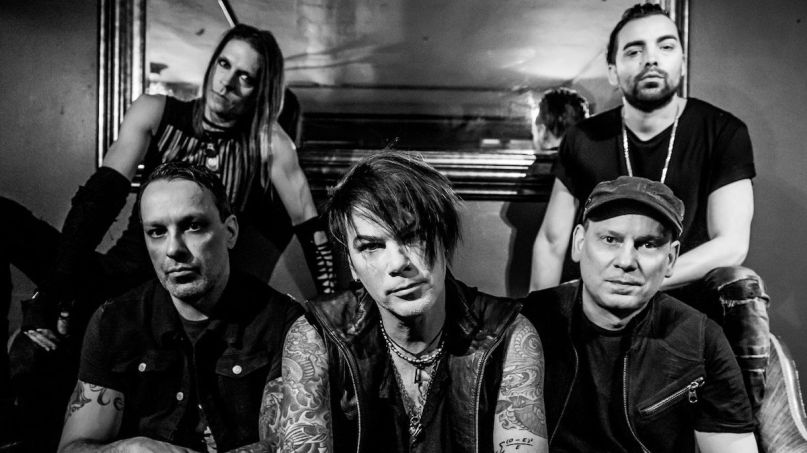 The new EP arrives just in time for Halloween and takes on a gothy set of tracks including two mixes of The Cure’s “Burn” (made famous in The Crow); Ministry’s anthem to the goth-industrial lifestyle, “(Every Day Is) Halloween”; and Echo & the Bunnymen’s classic “The Killing Moon”.

“We picked these three tracks because, for us, they represent the feeling of Halloween and they were very important songs during our early musical stages,” Stabbing Westward singer Christopher Hall said in a press release. “If there were ever two bands that I would say most influenced Walter [Flakus] and I to form Stabbing Westward, it would be Ministry and The Cure. … To be able to reimagine these songs as Stabbing Westward while still trying to pay homage to the brilliance of the original versions was a terrifyingly fun adventure.”

The cover choices are apt selections and fall into Stabbing Westward’s musical wheelhouse. Hall sounds right at home singing like Robert Smith and Al Jourgensen, and the influence on Hall’s band becomes evident through the faithful renditions.

Hallowed Hymns follows up Stabbing Westward’s Dead and Gone reunion EP released in January. It saw the first original material from the band in 18 years. A full-length LP, Wasteland, was announced for 2020 but has been delayed due to the pandemic. It’s being helmed by longtime Stabbing Westward producer John Fryer.

“2020 has been a shit year,” Hall said. “We were supposed to release our new album and tour the U.S. to support it. But clearly that’s not happening.”

The EP’s press release promised a new single from Wasteland and further updates in the near future. In the meantime, you can purchase Hallowed Hymns via Bandcamp. Stream it below.