A star-studded collaboration from the DJ/producer's forthcoming album, The Balancing Act 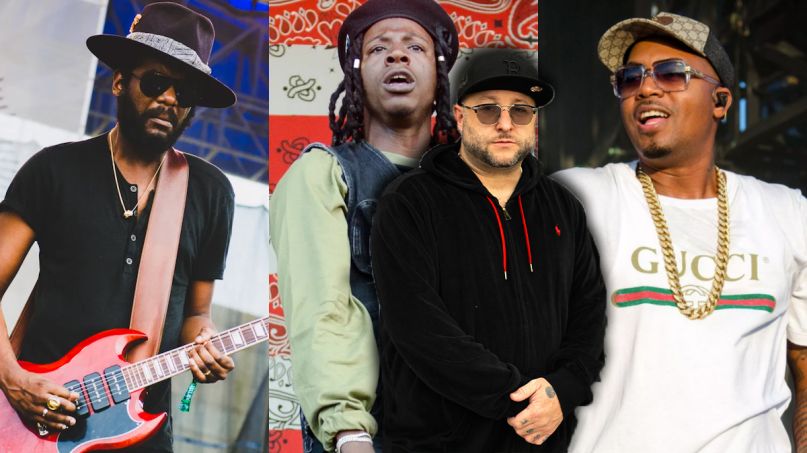 With jazzy guitar licks from Clark Jr. and throwback bars from both New York MCs, “Keep It Moving” sounds like it’s rolling through an early-’90s NYC. With their respective verses, the rappers speak on what it means for the Black community to rise up against the systems of oppression around them, from wherever they may come. “Lot of us turn out to predicate felons, not I/ My brethren’s addicted to sellin’, slipped and turned to somebody’s seller,” raps Nas. “I wish that somebody would tell us then/ Tell us chances are slim when you dancin’ with sin/ It all start from within.”

According to a statement, Statik Selektah debuted “Keep It Moving” during an afterparty following a Dave Chappelle show over the summer. “[Chappelle] introduced it to the crowd, who all went crazy. It was a really dope moment and it was then when I knew this song was gonna be a time stamp on 2020,” said the DJ/producer. “I’m so happy the world finally gets to hear it.”

The track is the lead single off Selektah’s forthcoming album, The Balancing Act, due out later this year via Mass Appeal. Other guests set to appear include 2 Chainz, Dave East, Griselda, and Method Man. The effort follows 2017’s 8, another guest-heavy affair.