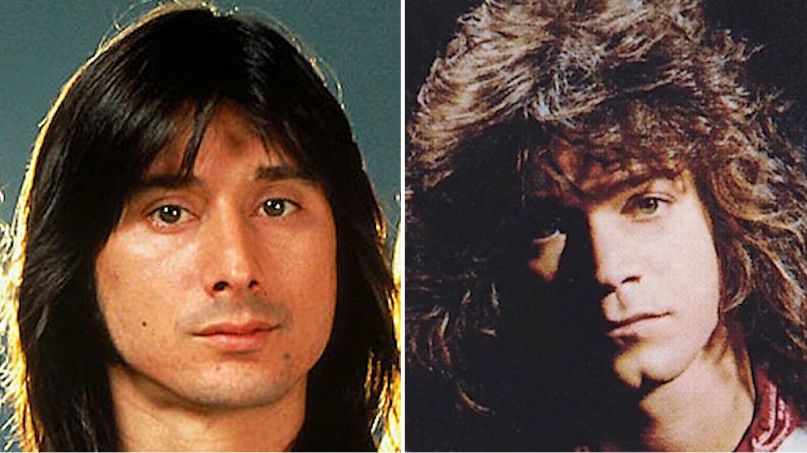 Imagine the groundbreaking guitar playing of Eddie Van Halen paired with the golden voice of Steve Perry? Well, it could’ve been. According to the former Journey singer, Eddie Van Halen suggested that he and Perry jam following David Lee Roth’s departure from Van Halen in 1985.

In paying tribute to the late guitarist in a new interview with Rolling Stone, Perry strongly hinted that he could have been in line for the coveted Van Halen singing gig if he had followed up on Eddie’s invitation. However, there was one big thing holding him back.

“I don’t think anyone knows this, but when David Lee Roth left Van Halen [in 1985] I was living in the Bay Area and not sure what I was or wasn’t going to do anymore,” recalled Perry. “I don’t remember how it went down, but either I called Eddie or Eddie called me.”

“Eddie said that I should come down sometime and we should jam, have a play,” continued the singer. “Man, at some level within me I felt so honored because I was in awe of Eddie’s natural talent. He was just born with it. I wanted so badly to do that. We talked about how cool that could be musically. This was before Sammy [Hagar].”

Perry added, “The next day and in the weeks to come I thought, ‘I don’t know that I should do that. If it goes creatively to what I know it can go to … .’ Whatever I could bring to that, I know it would be something I’d really love doing. My only problem I had with it was the thought, ‘I don’t know that I could be the guy to go out and represent the David Lee Roth years with my voice. I don’t know if I want to be that guy.’ And shortly thereafter, they got Sammy and he was the perfect version of that guy.”

At the time, Perry was still very much a member of Journey, and he stressed in the interview that it wasn’t a clear invitation to try out for Van Halen. “I don’t know what Eddie’s intentions were when he called me. He was just saying, ‘Let’s get together and play.’ It wasn’t a promise. It was just, ‘Why not? Let’s see what this sounds like.’ As I said, I think representing their legacy up to that point would have been something vocally that I don’t think I was really suited to doing. It’s a different kind of singing.”

Elsewhere in the interview, Perry set the record straight on the infamous “guacamole incident” that took place when Van Halen opened for Journey in 1978. As the story was told in the book Runnin’ With the Devil, the Journey singer cried in the bathroom after being hit with a container of guacamole by Eddie while walking in on a food fight between the guitarist and David Lee Roth.

As Perry tells it, he entered Van Halen’s dressing room to let them know he was a big fan of their performances. “Just as I was opening the door, a container of guacamole bumped off the mirror to my left and splashed against my most prized possession,” recollected Perry. “It was my satin tour jacket that had ‘Journey’ on the back of it.”

“The guacamole went on my left shoulder and my left arm,” continued Perry. “I looked down on it and I looked up at them and they sheepishly laughed like, ‘Oh shit.’ I just looked at them and I closed the door and left because I was pissed. I went into the bathroom and I was just pissed. … There was no crying! I wouldn’t cry over guacamole. It becomes folklore at some point.”

Eddie Van Halen died on October 6th after a battle with cancer. In the days and weeks since his passing, tributes have been pouring in from his fellow musicians, including guitar legends like Jimmy Page, Angus Young, and Tony Iommi, among others.

Editor’s Note: Are you a fan of Consequence of Sound? Grab an official CoS T-Shirt via our webstore. Better yet, a portion of the proceeds will benefit MusiCares’ COVID-19 Artist Relief fund supporting independent musicians.