The voice of Fleetwood Mac's iconic hit laces up her skates 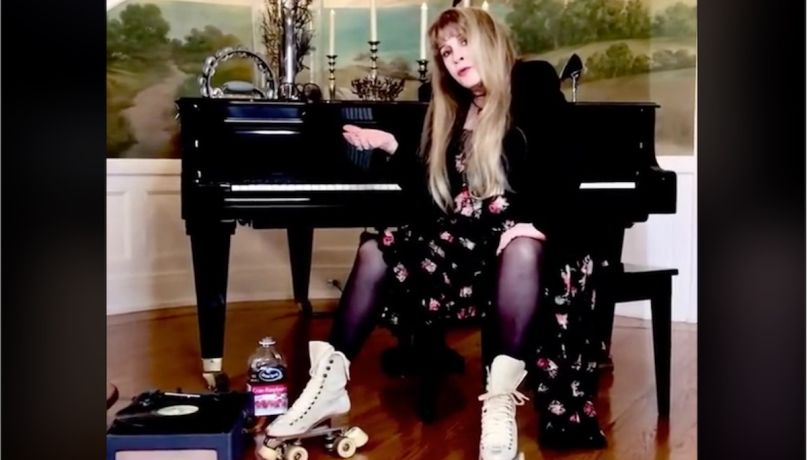 Fleetwood Mac have had a wild, profitable couple of weeks thanks to a viral TikTok video featuring “Dreams”. And now, their very own Stevie Nicks is joining in on the fun with a clip of herself singing the song at home in roller skates.

This whole saga started when Nathan Apodaca uploaded a video of himself cruising along the highway on a skateboard while drinking a jug of Ocean Spray’s Cran-Raspberry to Fleetwood Mac’s 1977 hit from Rumors. Immediately after, TikTok users began recreating the moment in their own ways, filming themselves singing along with a bottle of the juice in hand. Mick Fleetwood joined the social media platform to celebrate the pop culture trend, and now so has Nicks.

In her take on the TikTok challenge, Nicks sings her iconic falsetto while she ties a pair of white roller skates. Beside her is a record player from which “Dreams” is playing and a big container of Ocean Spray juice. This is Nicks we’re talking about, though, so the whole set-up is extra big: there’s a grand piano, numerous candle sticks, glass-covered plants, and, best of all, a maximalist staircase painted in what appears to be a pastoral oceanside scene.

Luckily, singing on TikTok was a breeze because Nicks has been keeping her vocal chords in good shape lately. A few days ago, she released a new song called “Show Them the Way” featuring Dave Grohl. It’s her first solo single in nearly a decade and she happened to release it at the perfect time: when Americans need inspiration to help change our nation for the better.