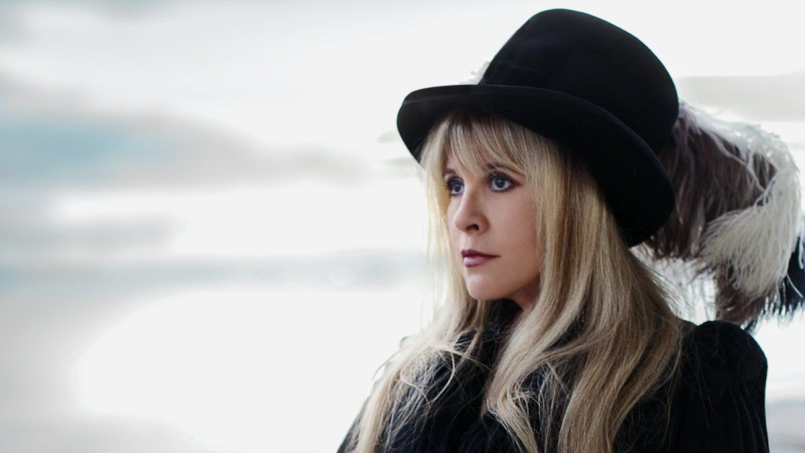 Fleetwood Mac’s oldie but forever goodie “Dreams” may have just gotten a sudden sales boost thanks to a certain TikTok skateboarder, but Stevie Nicks has her eyes focused on new material. The rock icon is due to release a new solo song titled “Show Them The Way” next Friday, October 9th, alongside a music video helmed by renowned director Cameron Crowe.

Nicks discussed the track in a new Los Angeles Times profile, as pointed out by Stereogum. “Show Me The Way” was inspired by a dream Nicks had right before the 2008 Election. According to her, a variety of politicians and activists were in it, including Martin Luther King Jr., John F. Kennedy, John Lewis, and Bobby Kennedy.

That’s not all the Fleetwood Mac singer has coming down the line. Nicks said she’s spent quarantine translating her poetry into actual songs, and that she eventually wants to record a new solo album, the long-awaited follow-up to 2011’s In Your Dreams. Nicks also has her 24 Karat Gold concert film and live album on the horizon next month.

Additionally, the eight-time Grammy winner is in the process of developing a new TV series about the Celtic deity Rhiannon, which of course inspired Fleetwood Mac’s 1973 hit song of the same name. Nicks revealed she already has 10 songs (!) ready to go for the show, and that she’s been trying to recruit Harry Styles to join the cast. She and the former One Directioner have collaborated a number of times, and Styles even inducted her into the Rock and Roll Hall of Fame in 2019.

Elsewhere in the LA Times interview, Nicks spoke about Lindsey Buckingham’s sudden firing from Fleetwood Mac in 2018. “I never planned for that to happen. Any time we re-formed to do a tour or a record, I always walked in with hope in my heart. And I just was so disappointed,” she recalled. “I felt like all the wind had gone out of my sails.”

In addition to being bandmates, the two were once romantically involved, and so the split took an especially heavy toll on Nicks:

“I just felt like a dying flower all the time. I stayed with him from 1968 until that night. It’s a long time,” commented Nicks. “And I really could hear my parents — I could hear my mom saying, ‘Are you really gonna do this for the rest of your life?’ And I could hear my dad saying in his very pragmatic way — because my dad really liked Lindsey —‘I think it’s time for you and Lindsey to get a divorce.’ It’s a very unfortunate thing. It makes me very, very sad.”

Although Nicks and Buckingham haven’t spoken since that dramatic falling out, she said she did send him a “Get Well Soon” letter following his 2019 heart attack.

Nicks also talked briefly about the upcoming 2020 Election, but stopped short of explicitly endorsing any candidate. “Well — I’m not for Trump, so that’s that,” she stated. On the topic of the pandemic, the LA Times said she’s “cripplingly afraid of catching the coronavirus, fearing that going on a ventilator would leave her hoarse and ruin her voice.”

The 72-year-old previously issued a strong statement urging people to act responsibly and wear face masks. “In order for us all to get back to our former lives we must all change into spiritual warriors — we must make it our mission to fight this virus; otherwise there is nothing left,” Nicks said in August.

“Please don’t throw this world away,” she added. “Please don’t give up on humanity and let this virus win this war. It’s up to us now, because nobody is helping us. Nobody is coming to our rescue. No one.”