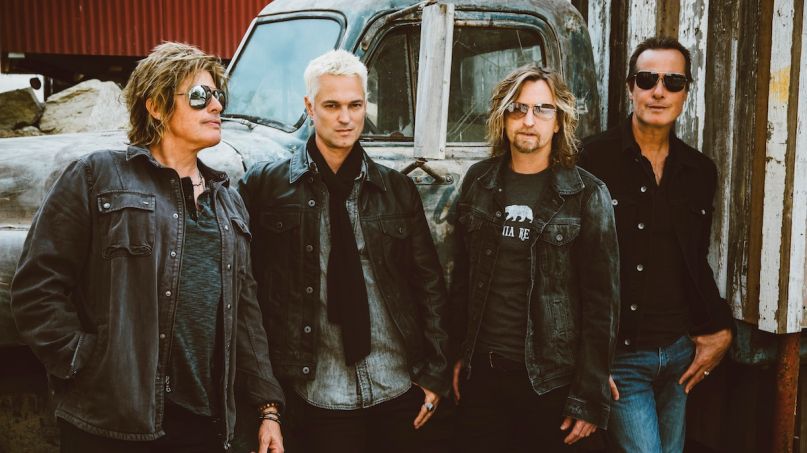 Stone Temple Pilots have announced another livestream concert. This time, they’ll be performing 1994’s Purple in its entirety. The stream starts on October 16th at 8 p.m. ET.

The band has been revisiting its classic albums during quarantine, previously hosting a full livestream performance of its 1992 debut album, Core. The upcoming stream costs $10, with additional merch available to ticket purchasers.

While Core had plenty of hits, steeped heavily in the pervasive “Seattle sound” of the times, Purple expanded Stone Temple Pilots’ sonic palette to include psych, stoner rock, and even country — sounds more indicative of the band’s California surroundings.

Hypnotic rocker “Vasoline”, the soaring Zeppelin-esque “Interstate Highway Song”, and the spaced-out “Big Empty” garnered radio play and became staple songs for the band. Interspersed between those hits are some of STP’s most experimental tracks, many of which don’t make the setlist on a normal night. Deep cuts like “Army Ants”, “Pretty Penny”, and “Unglued” will be revisited during the stream.

Of course, one of the album’s most important contributors, lead singer Scott Weiland, passed away in 2015. Jeff Gutt has been the vocalist for Stone Temple Pilots since 2017.

In other STP news, the band is reissuing Core on vinyl on November 13th. The LP version was previously only available in the 2017 Core box set and is receiving a long-awaited standalone reissue. You can pre-order it via Amazon.

Get tickets to the Purple livestream via Stone Temple Pilots website. Check out the show flyer below.