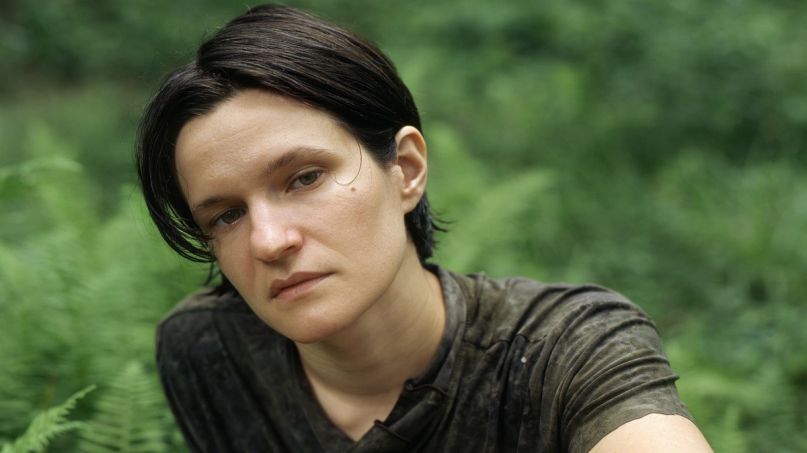 Following lead single “anything”, this new track is a stark and beautiful indie folk tune that features all of Lenker’s signature qualities: rustling percussion, bristly acoustic guitar, and her soft, soothing, and entrancing vocal delivery. As always, her lyrics strike a curious balance between poetic abstraction and vivid imagery. “Stars bloom/ On a warm summer night/ They have a clear view /Without the bedroom light,” she sings with care. Take a listen below.

Even though the ever-prolific Lenker released two albums with Big Thief last year — U.F.O.F. and Two Hands — these new solo records weren’t originally in the cards for 2020. But after Big Thief’s spring tour was cancelled due to coronavirus restrictions, Lenker decided to use her time wisely by taking off to a one-room cabin in the mountains of Western Massachusetts. There, she recorded the new material on all analog equipment alongside engineer Philip Weinrobe.

“I grew really connected to the space itself,” Lenker said in a statement. “The one room cabin felt like the inside of an acoustic guitar — it was such a joy to hear the notes reverberate in the space.”

Lenker is known for letting the space she’s creating in influence her work. U.F.O.F. was recorded in the misty forests of Woodinville, Washington, while Two Hands was tracked live in the middle of the the Texan desert. Each of those albums reflect the respectively lush and dry locales they were crafted in, and “dragon eyes” really does sound like it was recorded in a creaky old cabin deep in the hills.

Both records are due out October 23rd via 4AD. Pre-orders are ongoing. songs and instrumentals mark Lenker’sfirst solo material since 2018’s abysskiss. Back in April, Big Thief released a new demos EP as well as the Two Hands outtake “Love in Mine”.