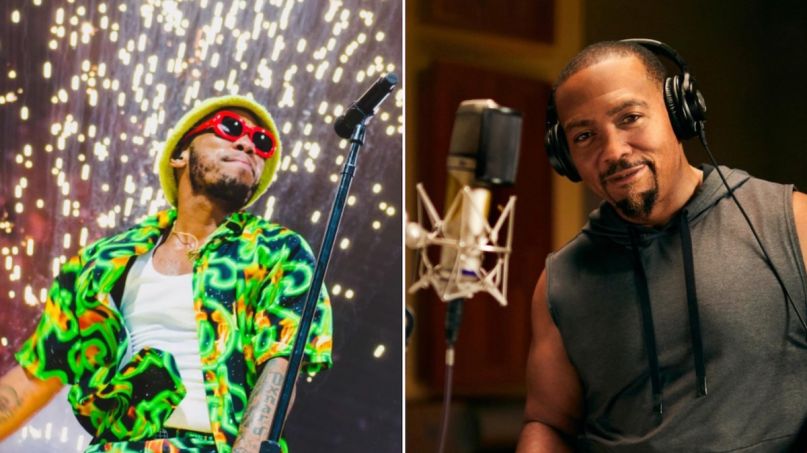 Judging by Anderson .Paak’s track record over the last few months, you’d hardly know there was a pandemic going on. The R&B star and multi-instrumentalist has effortlessly rolled out release after release, including protest song “Lockdown” (and its star-studded remix) and collaborations with Nas, Big Sean, Rick Ross, and Busta Rhymes.

Content to keep his prolific run going, .Paak is back today with a new single called “Jewelz”, which features co-production from studio veteran Timbaland. As to be expected from such a talented pair, the collaboration is smooth, suave, and shiny in all the right spots. If you’re not trying to slide and groove your way across your homemade dance floor or sing along with .Paak’s pitched-up vocals, you’re doing it wrong. Hear it down below and stay tuned for a music video on Thursday, October 8th.

In an interview with Apple Music’s Zane Lowe, .Paak explained how the new song came together almost out of thin air:

“‘Jewelz’ was amazing, man. Timbaland came through, he had a bunch of ideas, he brought his son through and before we even got in the session, we was just chopping it up, having conversations and I think that’s how pretty much the song had came about. With “I ain’t even put my jewels on,” we were talking, me, him and his son about something, and I think his son had said it. Like, “We didn’t even start it yet or I ain’t get my sh-t out yet.” And I was like, “Yo, that’s it. I ain’t even put my jewels on yet. We didn’t even start yet. We just warming up.” You know what I’m saying? And Timbaland got in there.”

The Ventura mastermind also praised Timbaland’s production skills, which don’t seem to have aged since his heyday in the ’90s. “When I was making music, it was a handful of super producers that was around that you wanted to be like,” commented .Paak. “Timbaland, Neptune’s, Dre, Kanye, just play a song on and so forth, but it’s really dope to see someone like Timbaland that comes out of that era and that can still get the keyboard and mash out a beat right there on the spot.”

we givin y'all a video too!!! #JEWELZ video premieres thursday at 7am PT on https://t.co/GmhnVkAzRE