Augustine has been with Stevens' Asthmatic Kitty record label since 2017 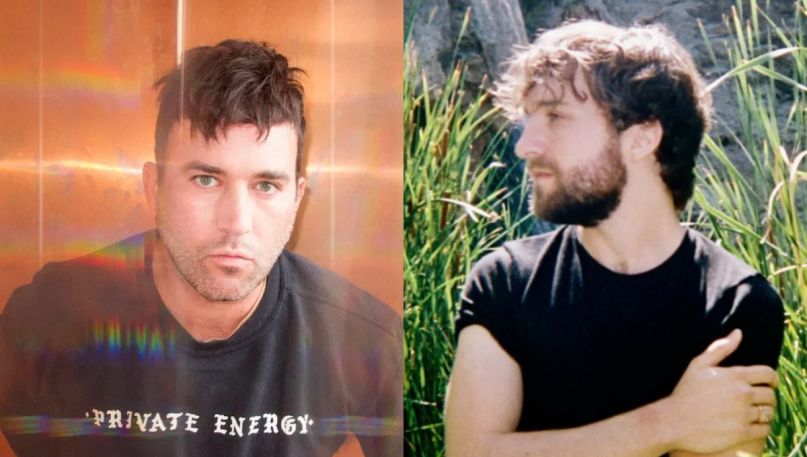 Singer-songwriter Angelo De Augustine has been with Sufjan Stevens’ Asthmatic Kitty record label since 2017, but it was only this past April the two finally collaborated on a single titled “Santa Barbara”. Now, the two folk musicians have reconvened for a second joint song, “Blue”.

A delicate number not unlike Augustine’s and Stevens’ own solo output, the track “speaks of an admission in confidence to a friend,” the former artist noted in a statement. “The eternal and symbiotic bond of mother and child, and an inquisition into our inner pain, investigating if we are forever bound by it.”

Augustine further discussed how Stevens came to be a part of “Blue”,

“I was in New York City and we were hanging out and planned to do some work in a studio space he was renting in Manhattan. He was showing me how to record on his computer. There were a number of instruments in the place, so we could just swap and engineer one another and record parts for the song.”

Check out the new single’s corresponding video, which was directed and shot by De Augustine on Super 8 film. Both “Blue” and “Santa Barbara” will appear on a 7-inch that’s due out later this year on Asthmatic Kitty.

De Augustine released his most recent full-length, Tomb, in early 2019. Produced by Thomas Barlett (St. Vincent, The National), the record has since received cosigns from the likes of Taylor Swift and The 1975.

As for Stevens, he unveiled his stellar Ascension in September. In a review for the LP, Consequence of Sound writer Grant Sharples said, “Though it’s still an incredible album, The Ascension better suits the cynicism of 2020… Fans can find solace in this colossal work, sharing Stevens’ valid sentiment that, simply put, everything sucks right now.”