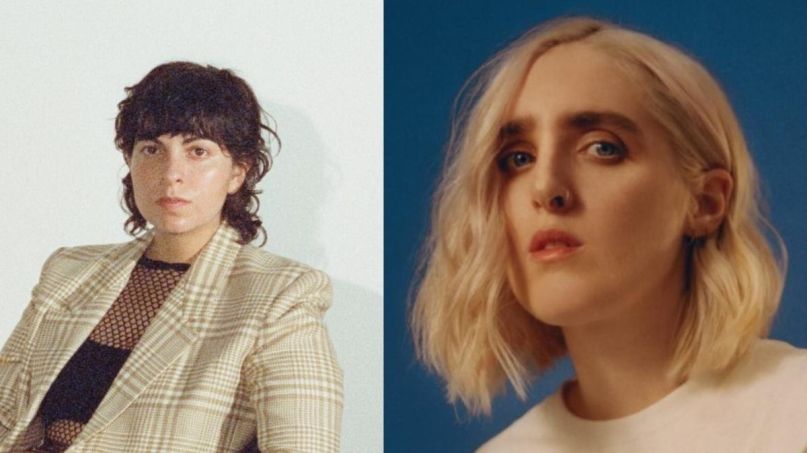 Back in June, Becca Mancari released her excellent debut album, The Greatest Part, via Captured Tracks. Today, our former Artist of the Month has shared a remixed version of the single “Lonely Boy” by none other than our former CoSign, UK electro-pop artist Shura,

Although The Greatest Part was produced by Paramore’s Zac Farro, Mancari’s sound has more roots in indie music than pop or pop-punk. The original version of “Lonely Boy” is a catchy indie rock track with a bumpy bassline and a dreamy hook, but there’s a spaciness to the song that translates really well in Shura’s dance-pop context. In the remix, the main hook of the tune remains intact, but Shura adds some clubby flair and an epic drum breakdown that transitions into a dazzling synth melody.

In their respective press statements, both artists had nothing but wonderful things to say about one another. Shura said she found Mancari’s music through her first single, “Hunter”, and then fell in love with The Greatest Part upon its release. “When the opportunity arose to remix ‘Lonely Boy’ from the record I was THRILLED,” Shura aded. “It’s always a privilege to get to collaborate with musicians who you get along with so well and whose work you admire, especially so in a world where you can’t get together in the same room. I almost didn’t want to change a thing because it’s so awesome as is, but it was so fun to take it to a different planet and go on an adventure.”

Mancari was equally stoked. “I have been a fan of Shura’s music from afar, so when she approached me about remixing one of my songs I was so excited,” she said. “I love how she took the song that Zac Farro and I did, and reimagined it with such texture and innovation. Also that melody at the end of the song is just too good. She was an absolute dream to collaborate with.”

Take a listen to the “Lonely Boy” remix below.