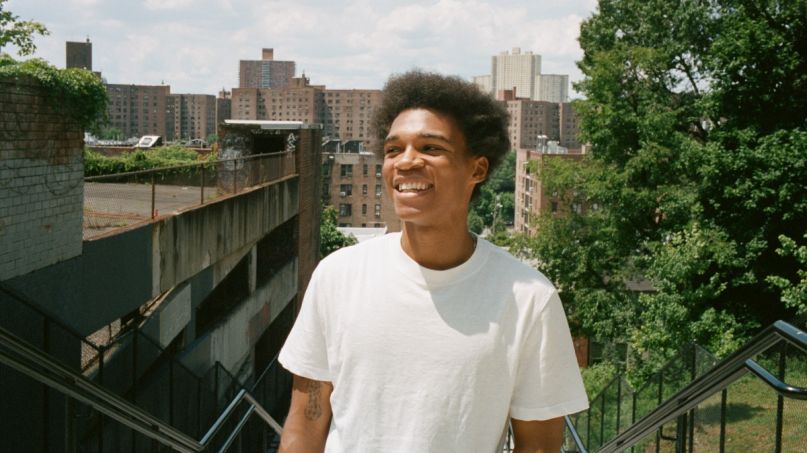 Caleb Giles has announced a new album, Meditations, due out October 21st. As a preview, the New York rapper is a sharing fresh single today titled “No Difference”.

While Giles moonlights as a saxophonist in the jazz-rap outfit Standing on the Corner, Meditations is entirely his own project and follows solo records Under the Shade (2019) and There Will Be Rain (2018). He hasn’t revealed a tracklist or cover art for it just yet, but we do know that the LP is 28 minutes long and features production from Alexander Spit, Beatnick Dee, Lastnamedavid, Bluezy, and Giles himself.

First look “No Difference” is a terrific slice of indie rap that sees Giles rapping tactfully and singing with a composed yet soulful croon. The self-produced beat contains mournful piano lines and a trippy underwater effect that pairs nicely with his measured delivery. Giles definitely has his own style at this point, but some reasonable reference points are other likeminded rappers such as Open Mike Eagle, Navy Blue, and Mavi.

Check out the video for “No Difference” below. Directed by Naquan Rolling, it follows Giles as he raps at various locations throughout his Big Apple hometown.

Earlier this year, Standing on the Corner (sans Giles) teamed up with seven-year-old vocalist Annalise Chanel Renee Williams for a thrilling performance of their song “G-E-T-O-U-T!! The Ghetto”.