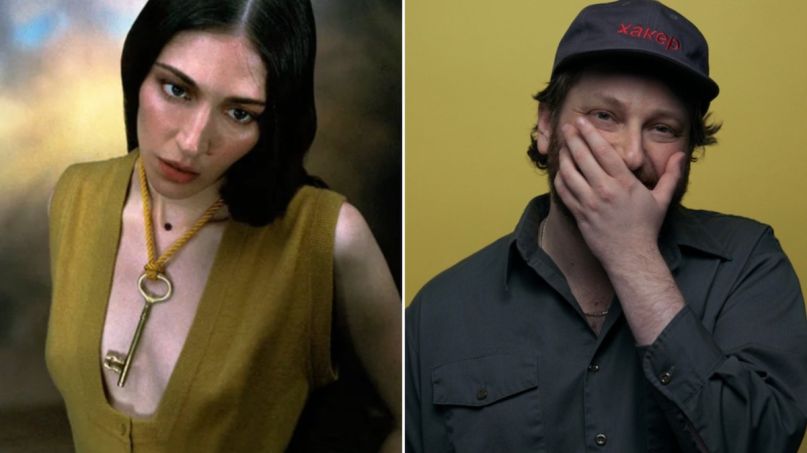 In a statement, Polachek drew parallels between the original and new iteration of the track, saying:

“In the original version of the song, the closing lyric (‘Finally, there’s a way/To be both free and safe’) are the words I’m waiting to hear, but never do. The extended version of the song then is a sort of parallel universe or alternate ending, where those words not only arrive, but ring true.”

Check out “The Gate (Extended Mix)” via its surreal short film video below. Directed by Ezra Miller, it was made by “combining 3D landscapes with AI programming trained on Yves Tanguy and J.M.W. paintings.”

Since Pang dropped, Polachek has appeared on the new album from PC Music founder A. G. Cook and Christine and the Queens’ La Vita Nuova EP.