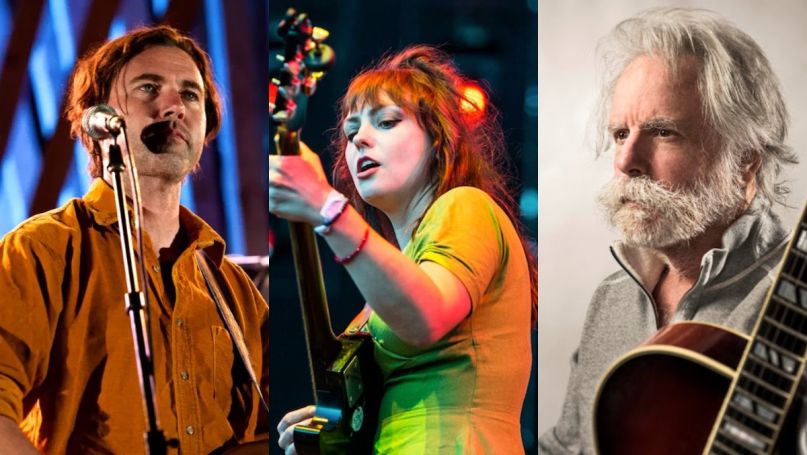 Today’s offering is actually an updated version of McCombs’ 2011 track “Don’t Vote”, produced by Sam Cohen (Kevin Morby) and Joe Russo. “I was compelled to write something for the election and I thought of no better way than to troll myself, laying waste to a much-misunderstood song of mine from over a decade ago, ‘Don’t Vote’,” McCombs explained in a statement. He added,

“Most people never made it much further than the title, anyway. For this new song, ‘Don’t (Just) Vote,’ the message is clear: Vote, yes, but when you do, imagine the world you would like to see, beyond what appears on your ballot. Harness your imagination and justice becomes inevitable.”

For McCombs and his trusty crew of collaborators, the world they’d like to see cares for the Earth and its animals, as well as humanity. “Vote for rivers and salmon in the streams/ Vote for oceans flowing from inside your dreams,” read the lyrics for “Don’t (Just) Vote”. Police brutality and system racism are addressed in a later verse: “Vote for Breonna Taylor, vote for George Floyd/ Vote for Oscar Grant, render racism void.”

Stream the new track down below, and compare it with the original.

This is hardly the first time McCombs has used his music to demand social justice. He previously performed as part of the 2014 People’s Climate March, urged for the protection of female reproductive rights on 2016’s “Run Sister Run”, and pledged his support for Chelsea Manning on 2011’s “Bradley Manning”.

Additionally, “Don’t (Just) Vote” isn’t the first time McCombs has worked magic with Olsen. The two appeared in McCombs’ music video for “Opposite House” in 2016.