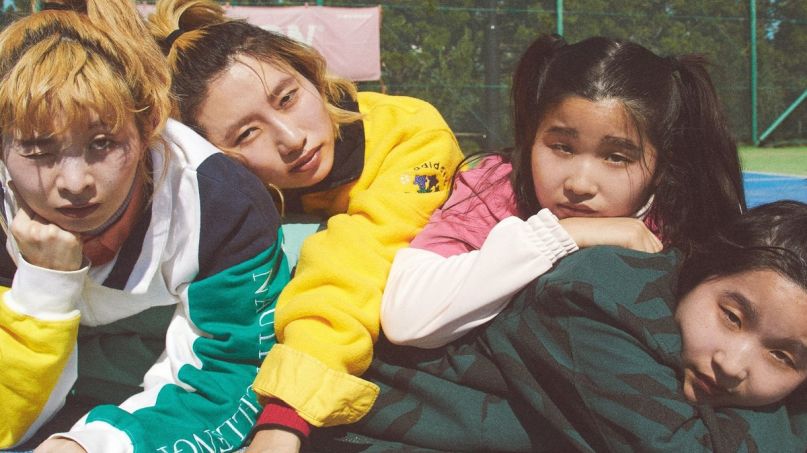 Japanese indie pop band CHAI have signed to Sub Pop Records, and are now sharing their first song on the label, “Donuts Mind If I Do”.

The track is the latest in a string of singles from Nagoya-based band, following “Ready Cheeky Pretty”, “keep on rocking”, and their Hinds collaboration “UNITED GIRLS ROCK’N’ROLL CLUB”, among others. Compared to their 2019 album Punk, and even their 2017 debut Pink, “Donuts Mind If I Do” has a much more relaxed vibe that might be signaling a new direction for the quartet.

Instead of their usual blend of eccentric pop and giddy punk, this tune moves at a gentle sway and is stuffed with ’80s-esque synths and percussion that create a sense of dreamy lushness. The soaring harmonies are sung in the way of ’70s girl groups, but everything else about the song radiates their signature weirdness. Take a listen below.

In a statement, CHAI describe the theme of “Donuts Mind If I Do” as a joyful reminder to fulfill our sugar-ringed desires. “When you’re feeling vigorous, when you’re feeling sick, You like what you like! No changing that! Even if what I like is as simple as a donut <3. It’s this type of song!”

“Donut Minds If I Do”, along with a song called “Plastic Love”, will be available as a 7-inch beginning November 6th. Limited-edition copies are now up for pre-order over on Bandcamp (orange and turquoise colored vinyl) and the Sub Pop store (lime colored vinyl) while supplies last.

Before that project drops, CHAI will be making a guest appearance on the absolutely stacked new Gorillaz compilation, Song Machine: Season 1 – Strange Timez, which is out October 23rd.