Clairo Covers The Strokes’ “I’ll Try Anything Once”: Stream 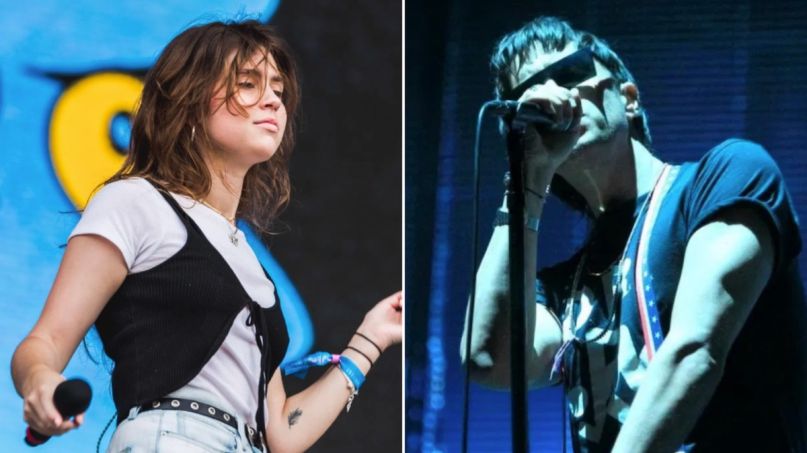 Clairo has shared a cover of The Strokes’ 2006 B-side “I’ll Try Anything Once”. For her lo-fi rendition, the bedroom pop artist is joined by Jake Passmore of the London-based indie band SCORS.

“I’ll Try Anything Once” is technically a demo version of “You Only Live Once”, a Strokes standout from their 2005 album First Impressions of Earth. Both songs are fan-favorites for different reasons: “You Only Live Once” is an upbeat anthem and a long-time live staple, whereas its acoustic predecessor is beloved for being a Strokes song that’s actually vulnerable and pretty.

Clairo and Passmore both fully lean into the melancholy characteristics of “I’ll Try Anything Once”, while also giving it their own unique touch. The production quality is extremely muddy and raw, but their voices — Clairo’s high and Passmore’s low — have a really complementary contrast that gives this Julian Casablancas solo tune a newfound depth. It also sounds like one of them is playing a ukulele, which is a really nice surprise. Take a listen below via SoundCloud and compare it with the original.

The Strokes’ version of “I’ll Try Anything Once” was originally released as a B-side to the First Impressions single “Heart in a Cage”. It might seem unusual for Clairo to be gravitating toward this random rarity from nearly 15 years ago, but the song is a revered gem within the world of Strokes fandom. Haim covered the track back in 2013, and it’s often regarded as one of the best post-Room on Fire songs from The Strokes.