The first artist to join the Saddest Factory imprint 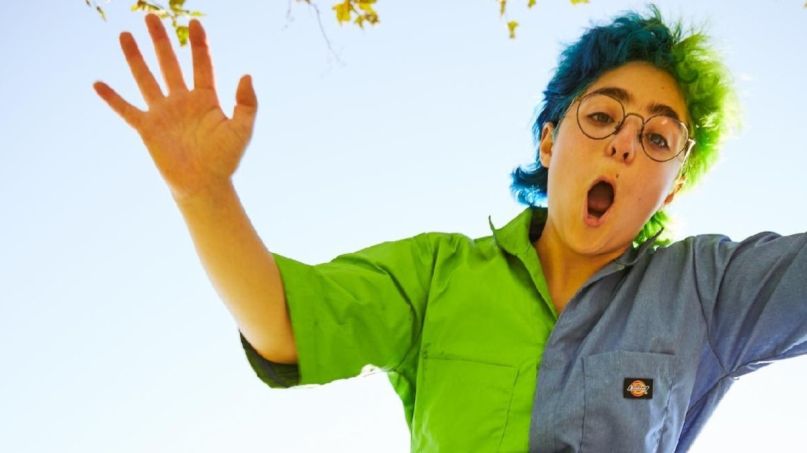 Earlier this month, Phoebe Bridgers launched her very own record label called Saddest Factory, and today she’s announced the imprint’s inaugural signing. The Brooklyn indie pop musician Claud (they/them) is the first artist on the roster, and they’re kicking off the partnership with a new song called “Gold”.

Bridgers previously said that her vision for the Dead Oceans imprint is “good songs, regardless of genre”, and “Gold” definitely qualifies. Previous Claud tracks like “Wish You Were Gay” (not to be confused with the Billie Eilish tune) and “If I Were You” were more outwardly melodic and brisk, but “Gold” has has a resigned haziness to it. Claud’s frustration with the ending of a relationship comes through not just in their fatigued vocal delivery, but also the misty harmonies and dream pop-esque guitar leads that float atop its striking bassline.

As to be expected given the label’s name, “Gold” is a pop song but it also feels kind of sad and dreary. However, as far as press release artist statements go, Claud had a really clever and funny way of describing the meaning behind the track.

They continued, “[“Gold”] is about contradictions; an instructor attempting to teach a class of monsters proper manners so they can assimilate; a relationship getting so tired and so old that even gold starts to rust (which isn’t scientifically possible).”

The video, directed by Christina Xing, brings that cartoonish monster metaphor to life with tons of color, amazing outfits, and some great facial expressions from Claud themselves. Check it out below.

Until early 2019, Claud was recording under the name Toast, and all of their music is available on their Bandcamp and on streaming services. To find more info about Saddest Factory, check out their totally awesome website that’s designed like a computer desktop and features all sorts of easter eggs and neat features