"I don't fuck with my president," the Florida declares on his latest protest track 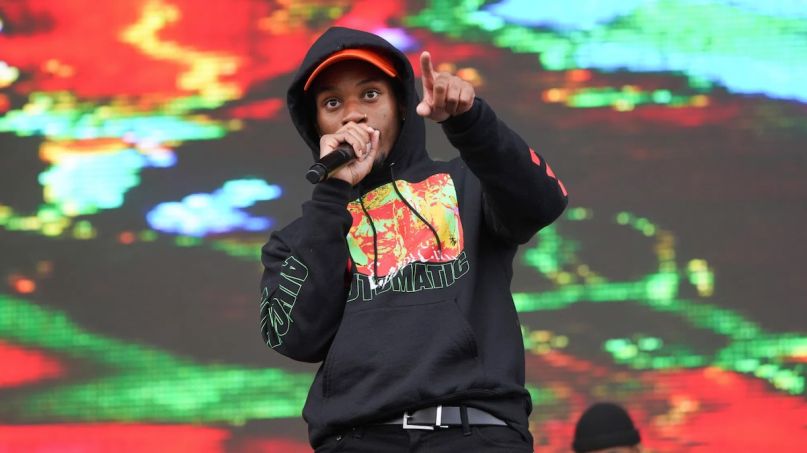 Back in June, Denzel Curry lent his fury to the protest song “PIG FEET”, featuring Terrace Martin and Kamasi Washington. Judging by his newest single, “Live from the Abyss”, the Florida rapper is still very much up in arms over our current state of affairs.

Although a slow-burning affair production-wise, Curry’s raging bars carry intense heat. “I don’t fuck with my president,” he declares at one point, echoing a majority of Americans. As his anger over Trump and racism mounts, Curry closes the track nearly scream-growling into the mic. “Live from the Abyss” is officially the mood for 2020.

Stream the track below. To coincide with Bandcamp Friday, all net proceeds through the month of October will be donated to the protest group Dream Defenders. Its mission reads: “We are an uprising of rebellious youth fighting for our freedom. We are organizers shaping our collective destinies. We are the next generation of revolutionaries.”

In recent months, Curry has also teamed up with The Avalanches (“Take Care in Your Dreaming”) and Saba (“Something in the Water”). At the top of the year, Curry and Kenny Beats dropped a collaborative album called UNLOCKED.

“Live from the Abyss” Artwork: