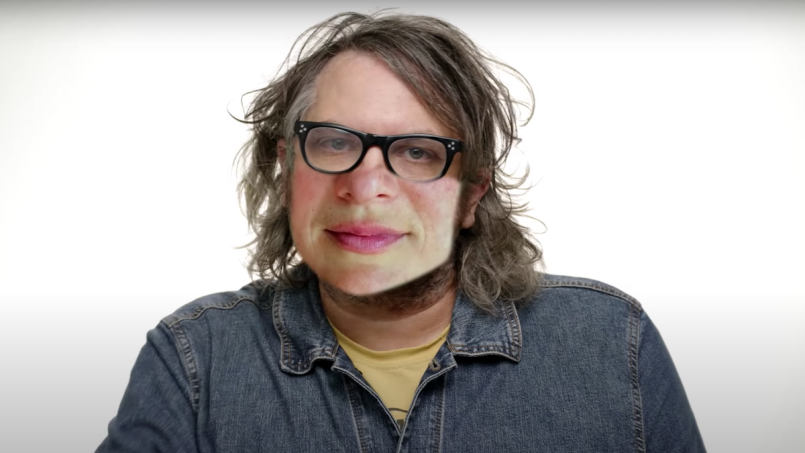 Later this month brings the release of Jeff Tweedy’s new solo album, Love Is The King. The Wilco frontman has already shared two previews in the title track and “Guess Again”. A third single, “Gwendolyn”, has arrived today and its music video is jam-packed with a slew of famous folks — well, sort of.

Check out “Gwendolyn” below and see if you can name all of the celebrity mouths.

Love Is The King officially arrives October 23rd via dBpm. Tweedy’s new memoir, How to Write One Song, drops about a week prior on October 13th. In support, he’s set to embark on a “virtual book tour” with special guests Norah Jones (October 13th) and Nick Offerman (October 14th).

As for Wilco proper, the alt-country band’s last proper full-length came with Ode to Joy from 2019. In November, they’ll release a deluxe reissue of Summerteeth that’s bursting with demos, alternate takes, and live recordings.