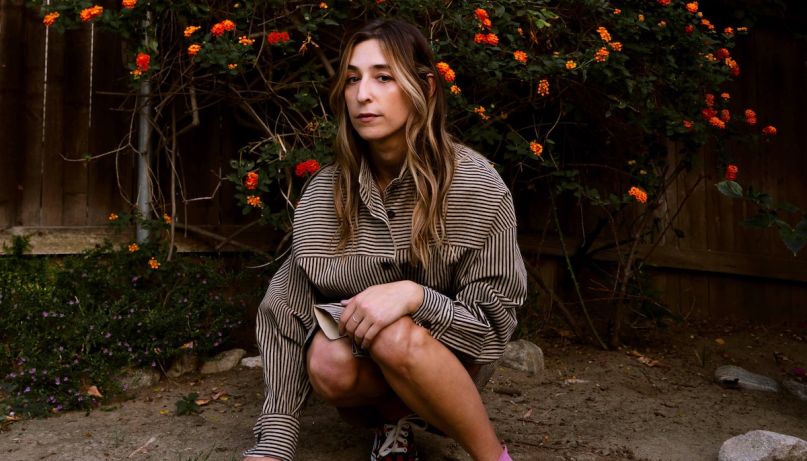 Rising songwriter Johanna Samuels has joined the roster of Mama Bird Recording Co., a label known for like-minded folk acts such as Damien Jurado, Vetiver, and Haley Heynderickx. For her inaugural release, the Los Angeles native is sharing a new single dubbed, “High Tide for One”.

While 2019 offerings like “Rush of Wheels” and “Supposed to Say” were more of the moody folk variety à la boygenius or Sharon Van Etten, today’s track finds Samuels experimenting with more left-field styles. There’s hints of whimsy in her curling guitars, and following Samuels’ lilting melodies is like taking a leisurely drive across rolling hills.

The lyrical focus of “High Tide for One” isn’t as lighthearted, though. According to Samuels, the song was penned in response to watching Dr. Blasey Ford’s powerful testimony against Supreme Court nominee Brett Kavanaugh. If you’ll recall, Dr. Ford endured four hours of rigorous questioning regarding her claims that Kavanaugh sexually assaulted her in 1982. “I am here today not because I want to be,” Ford told the court. “I am terrified.”

In a statement, Samuels said that she “wrote this song on piano at my mom’s house thinking of Dr. Blasey Ford. My heart was broken for her and I reflected on how much scarcity of space and validation in basic experience there is for all female-identifying people, even in my own privileged, liberal community.” She aded, “It felt a bit hopeless. I felt exhausted, and for awhile, I didn’t have the strength to explain it or try to talk it through with anyone who wasn’t working to change it.”

Check out the “High Tide for One” music video below. The track is our first preview of Samuels’ upcoming as-yet-untitled album. Due out Spring 2021 via Mama Bird Recording, the full-length will feature Courtney Marie Andrews and Lomelda, as well as production from indie rock musician Sam Evian.