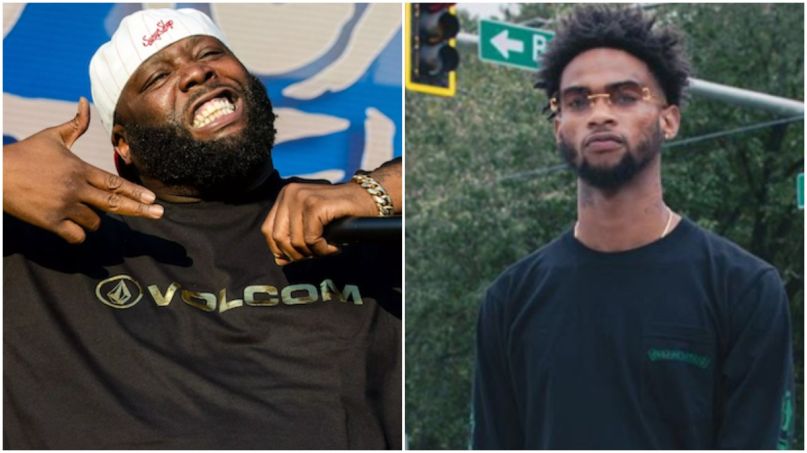 Killer Mike has joined the up-and-coming Atlanta rapper WooDaRealest for a new single called “Greatness”. It’s part of a forthcoming compilation album that Pharrell’s creative collective i am OTHER is releasing in collaboration with SoundCloud.

As to be expected with Killer Mike on the track, “Greatness” is a politically-charged banger meant to rally up listeners as Election Day grows ever closer. “Ain’t no savior coming, Black folks gotta save ourselves/ If it come to your life or a crooked copper don’t be slaughtered/ Word to Assata,” the Run the Jewels rapper spits raps in his classic, matter-of-fact flow. At the end of the track, Mike returns with a mini sermon urging people to take to the streets instead of wasting time arguing over who’s more woke.

For his part, over a piano-laced beat that’s reminiscent of the production on Lil Baby’s My Turn, WooDaRealest alternately sings and raps about being Black in the pervasive white gaze of American society. “And he can’t go get no job he got tats on his face/ I don’t know why they see me as a threat I’m just trying to be great,” he says during the hook. Later in the verse he raps, “I feel like Trayvon today I got my hood on/ If I was to make it out today I’ll put my hood on/ buy out the whole block, go get some acres we can live on.”

“Greatness” will be included on i am OTHER, Volume 2, which is the second installment in a benefit compilation series that’s intended to help artists who are impacted by COVID-19. According to a press release, this edition is focused on acts who are speaking out about political and social justice issues. It arrives December 11th, and artists can submit their tracks to be included by following these instructions on SoundCloud’s website.

In recent weeks, Killer Mike has joined Black Thought and Pusha-T on “Good Morning” and guested on a remix of Big Boi and Sleepy Brown’s 2017 track “We the Ones”. Outside of rapping, he just founded a Black-owned digital bank and accepted the first-ever Change Maker award at the Billboard Music Awards.

Run the Jewels have been equally busy the last few months; they participated in a get-out-the-vote livestream where they debuted RTJ4 live for the first time, and just last week the hip-hop duo shared a music video for “yankee and the brave (ep. 4)”.