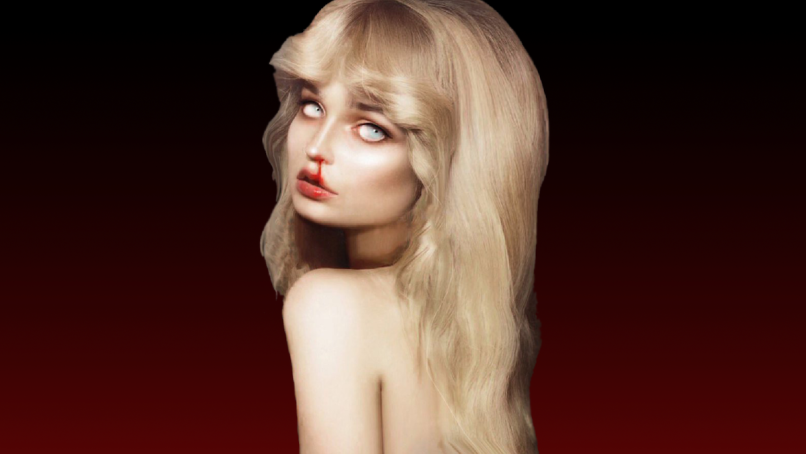 “Boo! Bitch!” In keeping with her Halloween tradition, Kim Petras is back with a spooky new single called “Party Till I Die”.

Here, the German pop star is willing to do just about anything for the sake of a good time — as long as the terrifyingly fun festivities take place after the sun goes down. “Only time I come alive/ Is in the middle of the night/ Looking for another high,” sings Petras. “Don’t care if it’s killing me/ This is all I really need/ My body’s in ecstasy.”

Is she a vampire? Hungry for a bedroom romp? Both? It’s easy to fall for her temptations and the lure of a “dark paradise”, especially with the song’s stabbing percussion and manipulated vocals. Tune in below if you dare.

According to an Instagram Live video posted by Petras yesterday, “Party Till I Die” is taken from the final entry in her scary good Turn Off the Light trilogy music series. That third installment — like her previous others — was supposed to come out in October in time for Halloween, but it’s been pushed back to 2021 because of the pandemic.

“I want you guys to consider it [the new song] Turn Off The Light Volume 2.1 because we’ve decided to drop TURN OFF THE LIGHT 3 – the final chapter of the trilogy – next year when I can perform it live,” she said in the video.

“I can’t do it if I can’t perform it live for you guys immediately. It needs to be fresh, there’s a bunch of stuff I want to do to make it a really epic thing. I know you guys are really all starving for the final chapter, and me too. Like, I had it planned. But you know, this year has been crazy, but I still decided to give you guys one song so you’re not starving.”

Over the summer, Petras dropped an appropriately beach-ready tune titled “Malibu”. She and Troye Sivan also performed as part of The Stonewall Inn Gives Back benefit livestream earlier this year.