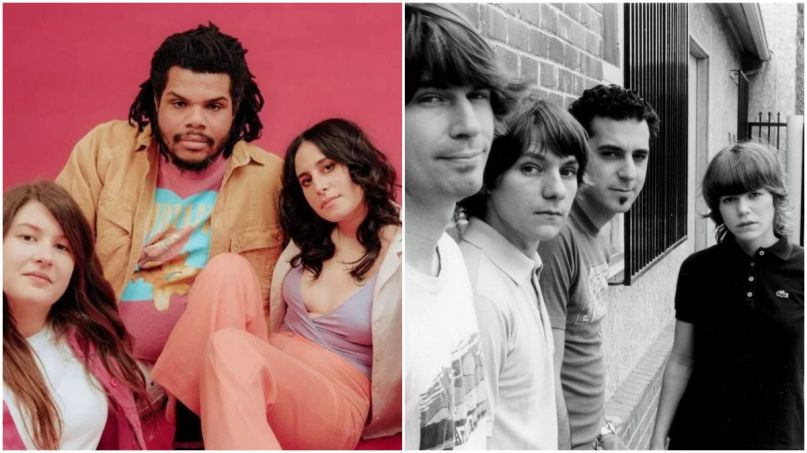 “Rilo Kiley is the band where I can confidently say that they are simultaneously one of my favorites but they also give me musical amnesia,” Dabice told A.V. Club. “By that, I mean I can obsessively listen to their discography for months and then – as though someone placed a curse on me – I forget they exist. This curse is really a gift because when I remember how much I love them, it’s like discovering them again for the first time, that sense of wonder for the songs never goes away – no matter how many times I’ve gone through their albums.”

“I’m awestruck by Jenny’s gift for prose and poetry and her expressive voice, Blake’s tremendous capacity to create ‘noodly’ riffs that never sound cheesy but that always perfectly complement and elevate every song. Listening to this band you can sense the collaboration. Collaboration between talented people can create magic and that’s what they are to me – musical magic.”

No Bad Words for the Coast Today is officially out November 6th exclusively via Bandcamp, and features additional contributions from Diet Cig, Sad13, Adult Mom, and Lisa Prank, among others. Pre-orders have begun, and from now until its release, 100% of the proceeds will be donated to G.L.I.T.S., a non-profit that offers trans people asylum and urgent care in New York City.