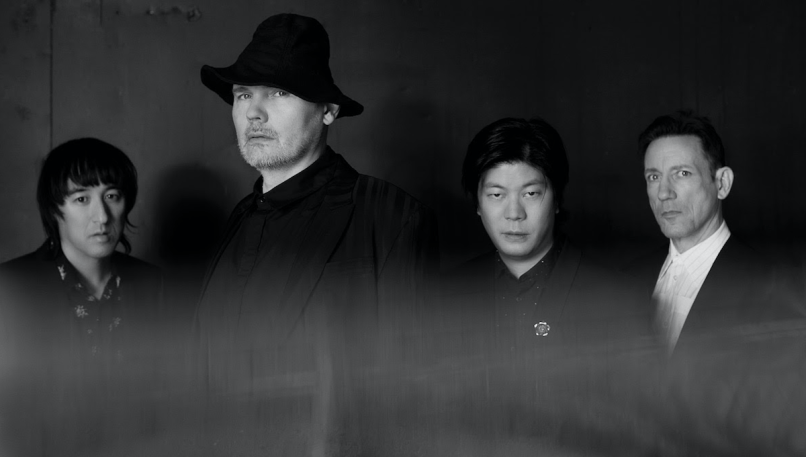 We’re officially less than a month away from Smashing Pumpkins’ new double album, CYR. Following the release of “Anno Satana” and “Birch Grove” a few weeks ago, the Billy Corgan-led outfit is now sharing another pair of teaser songs in “Wyttch” and “Ramona”.

“Wyttch” finds the Pumpkins revisiting some of their more ominous musical territories, filled with crunchy and searing guitars. The track comes just in time for the spooky Halloween weekend.

The alt-rockers take a mellower approach on “Ramona”, however. Corgan here drops his snarl in favor of a softer vocal delivery, and a coating of ’80s synths give the song a light, glassy sheen.

Stream both new singles below. “Ramona” also comes with a Linda Strawberry-directed music video that stars founding Pumpkins members Corgan, James Iha, Jimmy Chamberlin, and Jeff Schroeder. According to a statement, it’s meant to be a “surreal gothic-western inspired love-story.”

CYR, produced entirely by Corgan, officially lands November 27th. For more, check out the title track, “The Colour of Love”, “Confessions of a Dopamine Addict”, and “Wrath”. The new full-length follows up on the band’s 2018 reunion record, Shiny and Oh So Bright, Vol. 1.

In honor of the 25th anniversary of Mellon Collie and the Infinite Sadness, the Smashing Pumpkins recently announced a 33-song (!) sequel concept album, due out next year. The group is also planning to embark on an arena tour in further support of their classic third album.