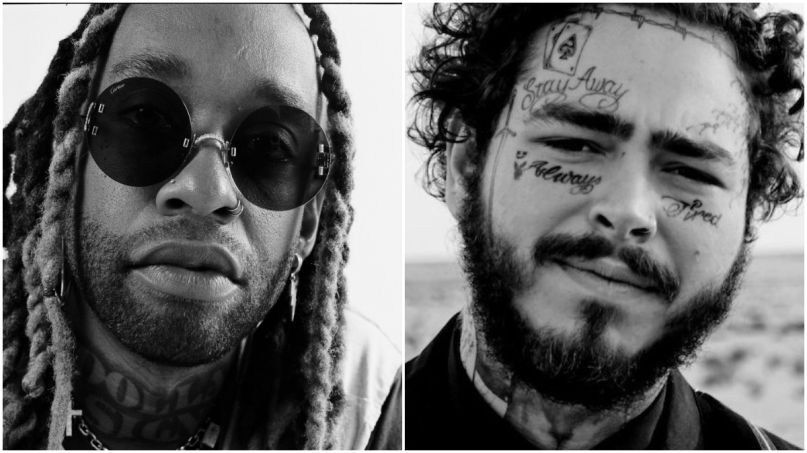 The last time Ty and Malone crossed paths was on Posty’s 2018 hit “Psycho”. This time around, the 38-year-old veteran has brought the young crooner into his world for a smooth and bouncy track that suits both of their suave rapping styles.

“She my spicy lil’ mama, she let me bust her piñata,” Ty croons with a drawn-out intonation during the hook. Malone’s boo is just as sensual, as he rap-sings, “She tryna pull my pants down/ I was lightin up a stoge on my break time/ Told her ‘Babe, I got a meetin’ over FaceTime’/ She don’t care, my lil’ mama never waste time.” Take a listen below.

Speaking with Zane Lowe on Apple Music, Ty said that he was super stoked to have Posty on the track, but that actually getting him to send in his verse was a bit of an ordeal:

He continued, “It’s all good, though, man. Shout out to our brother, Post. He’s about perfection, and we see it in his work, every time.”

Following “Ego Death”, “Expensive”, and “Be Yourself”, “Spicy” is the latest preview from Ty’s first album since 2017’s Beach House 3. Its title, Featuring Ty Dolla $ign, is a cheeky reference to Ty’s inescapable presence as a guest artist on the last decade’s worth of popular hip-hop. The full project is out this Friday October 23rd, and you can see the full tracklist below.

In other related news, Ty featured on SZA’s surprise comeback single “Hit Different” in September, and earlier this month he guested on YG’s new album My Life 4Hunnid. Meanwhile, Post Malone forgot how to lip-sync at the Billboard Music Awards. Classic Posty.