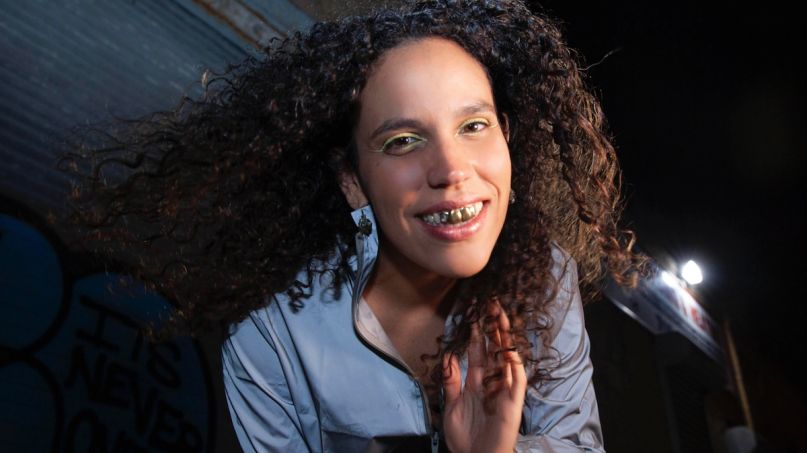 Xenia Rubinos has returned with a new song called “Who Shot Ya?”. Following last year’s singles “Diosa” and “Bugeisha”, and this past April’s collaboration with Helado Negro, “Who Shot Ya?” serves as only Rubinos’ third release since dropping her Black Terry Cat album back in 2016.

“Who Shot Ya?” includes stark yet glistening production, fluttering Auto-tune, and a choppy chorus that features the phrase “Get it”, delivered like a righteous demand. Our former CoSign definitely has her own unique style, but artists like FKA twigs and Empress Of are reasonable reference points for her artful yet enveloping breed of experimental R&B.

Lyrically, the new single touches on a number of racial justice topics that have dominated the discourse throughout 2020 — from police brutality and our government’s draconian immigration policies, to colonialist imagery of the white man divvying up land that never belonged to him in the first place. The Brooklyn-based musician alternates between singing Spanish and English, and yes, Rubinos does interpolate Bob Marley’s “I Shot The Sheriff” during the hook.

In a statement, Rubinos described the track as a rallying cry to overtake our country’s systems of injustice,

“I’m cheering on my fam to go and get it, whether that be get their rest, get their peace, get their money, get their justice — to get up and get it,” Rubinos said. “How many more times am I going to hear another man in power talk about what is best for the people, only to turn around and put children in cages and murder innocent people in their sleep? This perceived power is no action at all when their interests aren’t being served. The system is working as it was designed to and I’m trying to amplify some of that in my work.”

Check out the “Who Shot Ya?” video down below, made by filmmaker Julia Pitch and choreographer Kate Watson Wallace.