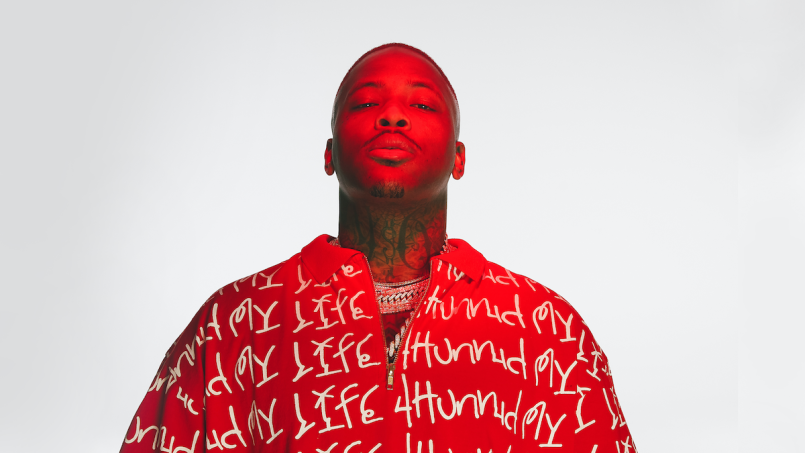 YG has let loose his new album, My Life 4Hunnid. Stream the Def Jams release below via Apple Music or Spotify.

Today’s release serves as YG’s fifth full-length to date and follow-up to 4REAL from 2019. It features a solid list of guests like Lil Wayne (“Blood Walk”), Lil Tjay (“Hate On Me”), and Gunna and Ty Dolla $ign (“Surgery”).

In the lead-up to today’s drop, YG shared a number of promising singles, including the flexing “SWAG” and the timely ACAB anthem “FTP”. The 13-song LP also contains “Out on Bail”, drawn from the Compton rapper’s own real-life experience with the prison system.

Earlier this year, YG was arrested and charged for robbery. The MC was released shortly after — just in time for his Grammys tribute performance to Nipsey Hussle — but clearly those events have stuck with him. “I’m out on bail, them motherfuckers tryna get me/ But I won’t tell, so with some time they tryna hit me/ I’m innocent as fuck, but they tryna prove I’m guilty,” he rhymes on the song.

“Out on Bail” is also the title of a Tupac song, and it’s hardly a coincidence YG named one of his album tracks after it. In a recent interview with Apple Music, he said My Life 4Hunnid was “highly influenced” by the late rap legend.

“He went through a lot of the stuff that I’m dealing with right now, and he was making records about it, and just the tone and the cadence of how he was coming up,” YG told Zane Lowe. “So that’s a fact, that’s a fun fact.”