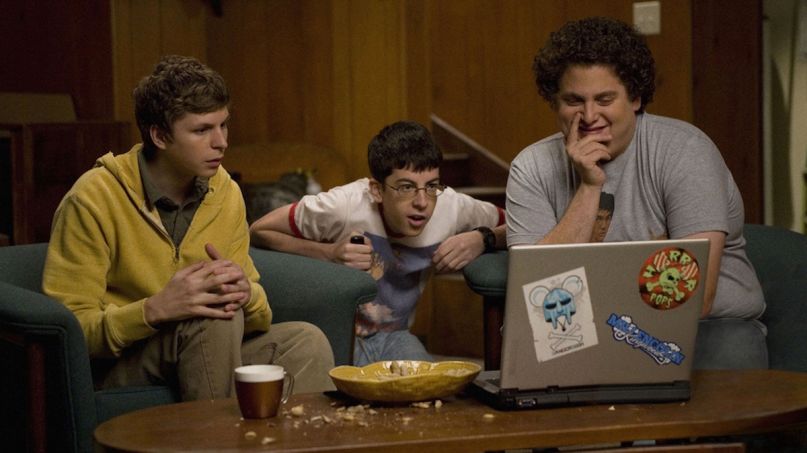 Grab your fake IDs and don’t forget the booze. The cast of Superbad is reuniting for a livestream watch party to raise money for the Democratic Party of Wisconsin.

Seth Rogen and Jonah Hill broke the news on social media today in separate posts. “Wanna watch Superbad with me, Jonah Hill, Michael Cera, Bill Hader and MORE?? Well, you’re in luck!” tweeted Rogen, who co-wrote the script and starred as a cop.

The reunion watch party takes place at 8:00 p.m. CT on Tuesday, October 27th via ActBlue. While viewers technically must chip in to the Democratic Party of Wisconsin in order to watch, the organization states that a donation “of any amount” works, with all proceeds going towards establishing Trump as a single-term POTUS.

“We are thrilled to have the cast of Superbad join us in the fight to defeat our super awful president,” said Democratic Party of Wisconsin Chair Ben Wikler. “With the help of our talented guests, we know that we can win this election for Wisconsin and for the country. Laugh with us as we raise the funds and mobilize the volunteers we need to finish this race strong.”

Virtual reunion fundraiser have been all the rage during the pandemic, and doubly so during election season. The Dazed and Confused cast held a table read to support “get-out-the-vote” initiatives in Texas, Spinal Tap reformed to benefit the Pennsylvania Democratic Party, and The Princess Bride cast did a table read for Wisconsin dems. And later this evening, Seinfeld cast members Julia Louis-Dreyfus and Jason Alexander, as well as show creator Larry David, are reuniting for a virtual Texas Democratic Party fundraiser.

It’s on – a Superbad Reunion & Watch Party to benefit @WisDems in the homestretch! RSVP and join us on Tuesday, Oct 27! #SuperbadWatchParty https://t.co/FbdpkYEGdi