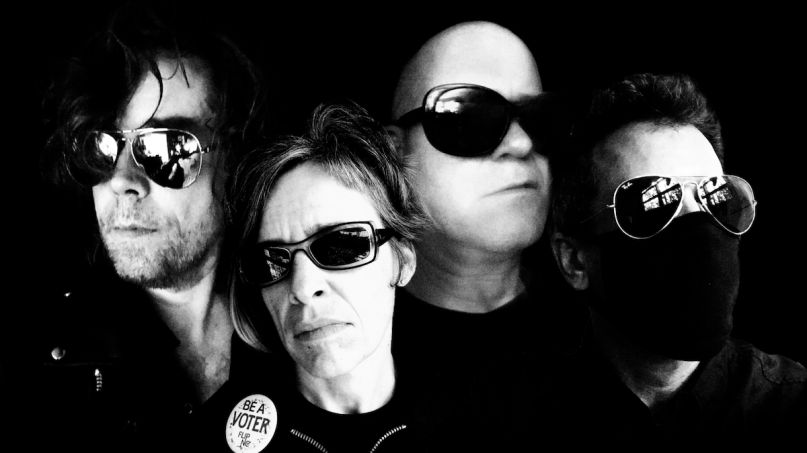 Superchunk have returned with “There’s a Ghost”, their first new music in two years. As an extra Halloween treat, the single is paired with a cover of The Sisters of Mercy’s “Alice”.

The band’s first original song since 2018’s “Our Work Is Done” and that same year’s What a Time to Be Alive, “There’s a Ghost” is a bopping punk track built on mirrored acoustic and crunchy electric guitar riffs. It taps into the paranoia of 2020 perfectly, as frontman Mac McCaughan wrestles with being trapped inside alone for far too long. “Now its the end of the season and the last of our supplies/So check your fingernails/ Burning through the calendars and E strings/ Oh yeah, we’re breaking all the scales,” he sings.

“I didn’t write a song for probably the first six months of the lockdown,” said McCaughan in a statement. “This is one of the first and it came just in time for Halloween. Jim [Wilbur] and Jon [Wurster] came over with their masks on, and Laura [Ballance] tracked her bass in her bass-ment. Try and get some fresh air when you can, people!”

“There’s a Ghost” comes backed with a cover of The Sisters of Mercy’s “Alice”. Superchunk have a history of delivering Misfits covers for Halloween, but their take on 1982 gothic post-punk track is just as fitting in its dark doom.

Earlier this year, Superchunk dropped a new live album, Only in My Dreams — Live in Tokyo 2009 to benefit North Carolina’s Community Bail Fund of Durham and Durham FEAST. They also contributed to a charity album supporting NC venue Cat’s Cradle during the COVID-19 pandemic.