At the same time, the singer praises Kim Kardashian for her support of Armenia 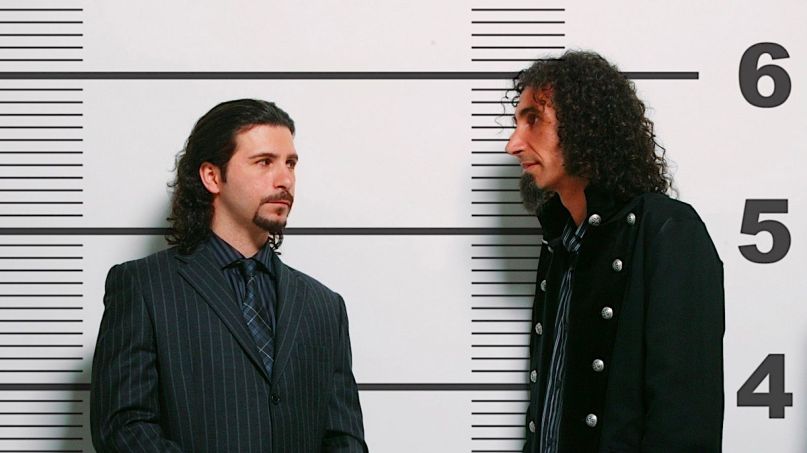 System of a Down drummer John Dolmayan made a number of headlines earlier this year with his pro-Trump rhetoric, which directly oppose the views of singer Serj Tankian. While the vocalist previously defended his bandmate despite their “extremely polarized political differences”, Tankian admitted in a new interview that Dolmayan’s views are “frustrating”.

For a little background, over the course of a few months, Dolmayan called Trump the “greatest friend to minorities”, dubbed Democrats as the “true bigots”, and declared that Black Lives Matter “never had legitimacy”. Tankian, on the other hand, called for protesters to force the Trump regime to resign.

When asked by Forbes about their contrasting political beliefs, Tankian responded, “He’s my brother-in-law and my drummer. Is it frustrating being politically opposite to your own drummer and brother-in-law? F**k yeah. Of course it’s frustrating. But that’s having to do with American politics.”

The singer continued, “When it comes to Armenian issues we’re on the same exact page. We know what injustice is happening, we work together. We’re doing different auction activities and working together on many fronts. The Armenian nation is united, whether you voted for Republican, Democrat or neither.”

Tankian added, “I was a Bernie [Sanders] supporter, I still am. I feel like he still would’ve been the best choice going forward. But I’m okay with Biden. I’m happy that they’ve made that statement. The elections are coming up and normally I’m very vocal, but this war [in Artsakh] and the daily death toll has really taken up my full spectrum of focus.”

System of a Down’s members are all Armenian-American, and the band recently spoke out about the violence that has broken out in parts of Armenia and in the independent state of Artsakh, where many Armenians live. As the band explained, in recent weeks the region has been under attack by the neighboring countries of Azerbaijan and Turkey, and hundreds of lives have been lost.

“You go through a gauntlet of emotions as an Armenian dealing with this type of aggression and injustice against your people by not just Azerbaijan but Turkey,” said Tankian in the Forbes interview. “For us, it feels like an existential battle.”

The singer was also asked about fellow Armenian-American Kim Kardashian, who like System of a Down, pushed for the recent recognition of the Armenian Genocide that took place in the early 20th century. Earlier this month, the reality TV star also donated $1 million to Armenia to fund the country in its aforementioned fight against Azerbaijan.

“I’ll tell you something about Kim, I have a lot of respect for her,” said Tankian. “When it comes to issues of justice, she’s been really great. When it comes to spreading awareness about the need for recognition of the Armenian Genocide, about what’s going on in Artsakh right now, the revolution that happened in Armenia that no one in the U.S. knew about. She’s been really amazing. I’ve met her a few times.”

Asked whether Kardashian is a fan of System of a Down, Tankian responded, “I haven’t asked [laughs]. Honestly, the only time that we spoke was about Armenia and it was great.”