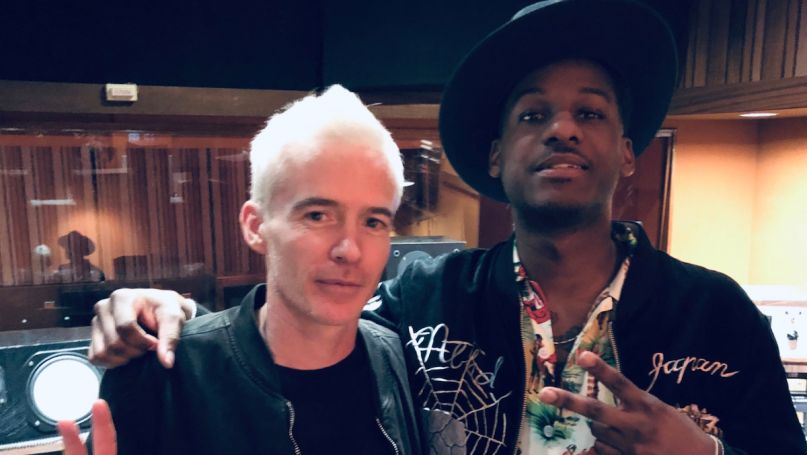 The Avalanches’ forthcoming album, We Will Always Love You, was largely inspired by the love affair between astrophysicists Ann Druyan and Carl Sagan. (The former actually appears on the cover.) As the creative director on the Sagan-headed Voyager Golden Record project, Druyan’s feelings for her fellow scientist were sent into space along with the rest of the record’s content

Though that disc is now floating out beyond our solar system, the romance therein has been recreated on The Avalanches’ new single “Interstellar Love”, featuring Leon Bridges.

Lively and lovely, the track is built off a sample of The Alan Parsons Project’s “Eye in the Sky” — clearance for which EMI Music’s A&R department was trepidatious about obtaining. “When I first heard the Alan Parsons sample in the original demo, all I could do was shake my head,” said EMI Music’s A&R Head Mark Hollad. “‘This sample will be impossible to clear, the paperwork will be endless, and the cost prohibitive…’ In the end, Alan Parsons Project were very good about it.”

As for getting Bridges on the track, it was a bit of geographical luck, as the Texas musician happened to be in Los Angeles while Avalanches were recording. “When we were in the studio, I told him the story about Ann Druyan and Carl Sagan and how her love-struck brain waves were sent out into space on the Voyager’s Golden Record,” explained the band’s Robbie Chater. “And this song came out of that.”

“Interstellar Love” comes with a graphic video directed by Jonathan Zawada. Check it out below.

The follow-up to 2016’s Wildflowers, We Will Always Love You is set for a December 11th release. Previous teasers included the Blood Orange-assisted title track; “Running Red Lights” with David Berman and Rivers Cuomo; “Take Care in Your Dreaming” featuring Denzel Curry, Tricky, and Sampa the Great; “Music Makes Me High”; and “Wherever You Go” featuring Jamie xx, Neneh Cherry, and Mick Jones, which actually samples some of the Voyager Golden Record recordings. Pre-orders for the LP are live now.