Punk Legends The Damned to Reunite Original Lineup for 2021 Tour

The founding lineup's first shows together in roughly 30 years 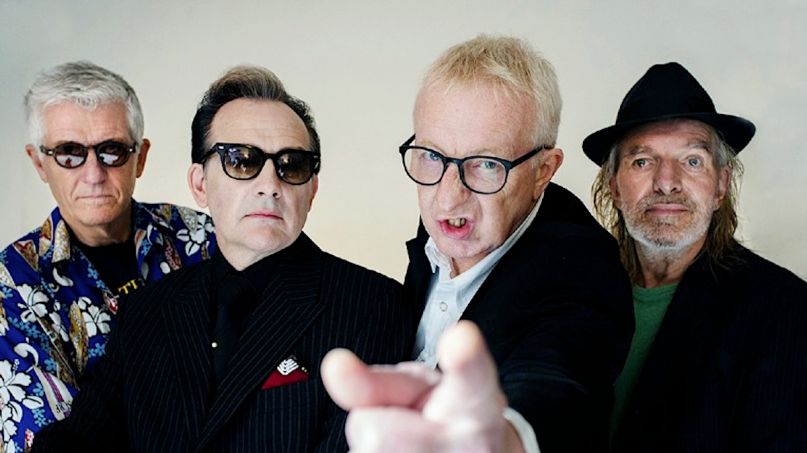 Legendary UK punk band The Damned are reuniting their original lineup for a UK tour in summer 2021. The jaunt will mark the first time guitarist Brian James and drummer Rat Scabies perform with the band in more than two decades.

For more than 40 years, The Damned have been led by mainstay members Captain Sensible and lead vocalist Dave Vanian. Captain Sensible handled bass in the band’s early years but has been the guitarist since 1979.

Brian James and Rat Scabies were part of the original lineup that formed in 1976. Scabies hasn’t played with The Damned since 1996, while James’ last stint with the band ended in 1991.

The reunion tour will take place over four shows in July 2021, beginning July 9th in London and running through July 18th in Manchester. As advertised in the poster below, the reunion will be for “one tour only.” The jaunt’s timing coincides with the 45th anniversary of the band’s song “New Rose”, which is considered the first single of any UK punk band.

As far as new music, The Damned just released a new EP, The Rockfield Files, digitally and on CD, with a vinyl edition due this Friday. The lineup for that release includes Dave Vanian, Captain Sensible, bassist Paul Gray, keyboardist Monty Oxymoron, and drummer Andrew “Pinch” Pinching. Last year, that same lineup of the band opened for the reunited Misfits at Madison Square Garden, a memorable show that we had the pleasure of witnessing.

Check out the 2021 UK tour dates below, and pick up tickets here. The Damned’s new EP, The Rockfield Files, is available here.