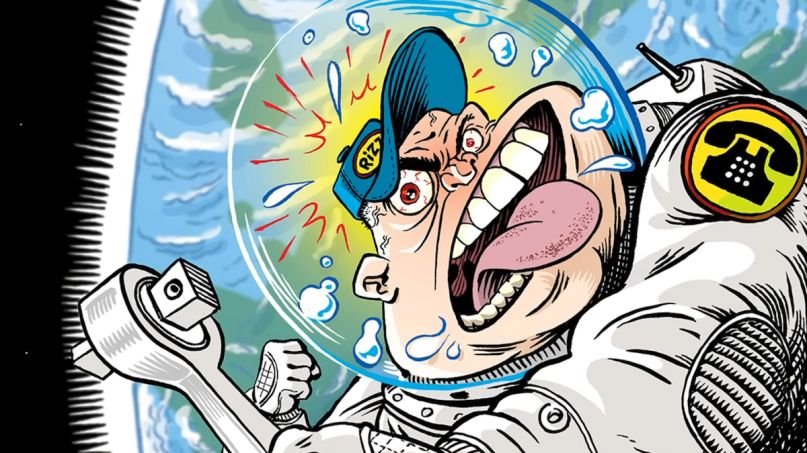 Way back in March of last year, Johnny Brennan confirmed he was working on the first new album from The Jerky Boys in two decades. Now, he’s confirmed its imminent release and shared the first prank call from the comedy collection.

The self-titled LP is set for release on November 27th, Black Friday, via Comedy Dynamics. Available exclusively on streaming services, the album will see the return of many of Brennan’s classic characters, including Frank Rizzo, Jack Tors, Mike Derucki, and Sol Rosenberg. In the first clip from the effort (via Rolling Stone), good ol’ Sol dials up the iRobot customer service line with a uniquely deadly issue.

“I duct-taped a very sharp knife to the iRobot and he’s outside the bathroom door now,” complains Sol (the basis for the Family Guy character Mort Goldman, whom Brennan also voices). “And I’m in the bathroom — I’m scared for my life.”

“If he gets through this door, he’s gonna kill me! This is crazy, please help me,” Sol begs. “Doesn’t that thing know how to dock? Can I say nicely to him, ‘Please go away, please go back to your dock station, and please put down the knife?'”

Ya know, a murderous Roomba doesn’t actually seem too outlandish in 2020. Take a listen to the prank below, followed by the Jerk Boys cover artwork.

Stay tuned for more on the new LP as it becomes available. The comedy act’s last official album was 1999’s Stop Staring at Me!.