The Rolling Stones Share First-Ever Live Performance of “Sympathy for the Devil”: Watch

Featuring the late Brian Jones and a cameo from John Lennon 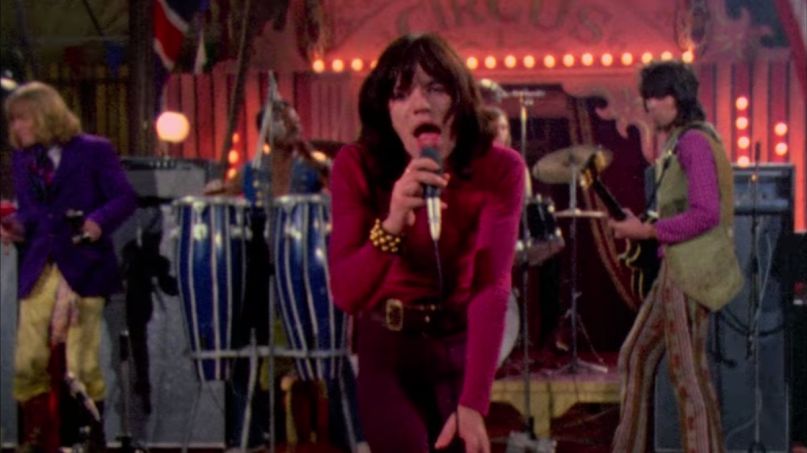 The clip captures the raw energy of The Rolling Stones in their initial configuration with Mick Jagger, Keith Richards, Bill Wyman, Charlie Watts, Ian Stewart, and then bandleader Brian Jones. The band had just dropped Beggars Banquet six days prior to this performance and were clearly riding high on that post-album joy. Close-up shots of Jones playing the maracas, Richards strumming his guitar, and Jagger’s always enigmatic singing make for a memorable video. So too does the unexpected cameo from John Lennon, who can be seen losing his mind while dancing around the 4:53 mark. (Who can blame him? It’s an all-time classic.)

Rock and Roll Circus was initially filmed in December 1968 as a promotional vehicle for Beggars Banquet, but was shelved until 1996. (The Stones allegedly halted its release because they felt upstaged by The Who and Jethro Tull, who were also featured in the film.) The below clip is sourced from a Dolby 4K restoration of Rock and Roll Circus that’s available online for the first time.

“It was an incredible shoot, I think, 36 hours or something,” said Keith Richards in a statement. “I remember not remembering everything towards the end… but it was fun… we went through two audiences… wore one out… it was great!”

Director Michael Lindsay-Hogg said he vividly remembered filming the performance at 5:30 a.m. that day, too. He aimed to frame the whole scene as if “there was no audience” at all, primarily by cutting the audience out of shots whenever possible. “[Mick Jagger] used the last shred of the great performer that he is,” he said in a statement. “The camera was right there in front of him to use as he wanted. It wasn’t observing him from a distance; it was two feet away from him and he and the cameras were molded to each other almost because he used it so wonderfully.”