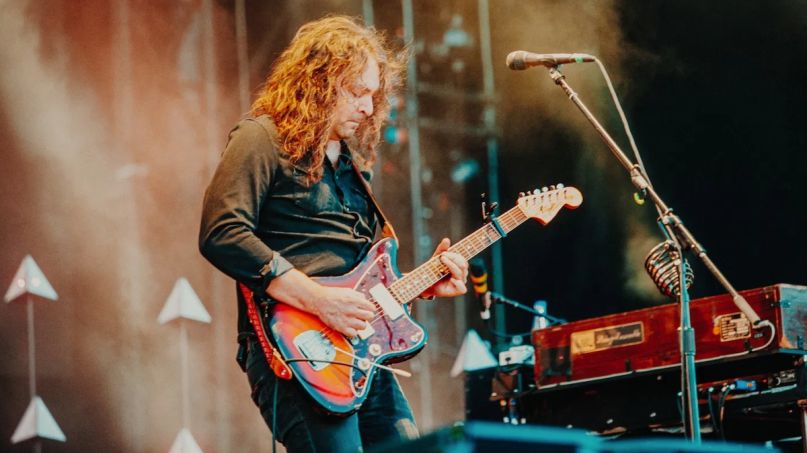 The War on Drugs, photo by Kimberley Ross

According to a statement, the 10-track effort was “culled from over 40 hard drives” of concert recordings. There are selections from across the indie rock band’s impressive catalog — including the 2008 debut Wagonwheel Blues, 2014’s Lost in the Dream, and A Deeper Understanding from 2017 — but many are captured like never before.

For example, their live rendition of “Under the Pressure” features 20,000 audience members singing along to the extended guitar melody. Another inclusion, “Eyes to the Wind”, has “grown wholly independent” of the final album version.

“As a band leader, I always want to know where a song can go,” Granduciel remarked. “Even though we’ve recorded it, mastered it, put it out, and been touring on it, it doesn’t mean that we just have to do it the same way forever, for the rest of our lives.”

“It puts a nice exclamation point on our touring because we’ve memorialized the performances in a way. It feels like it’s kind of a reset, to be able to put something out that’s a really good interpretation of the way we interpret our music live. There’s something cathartic about having all of it printed on a record. Even though this recording is from a year of tours, this is really how these six guys evolved as a band from 2014 to 2019.”

As a preview, stream a live version of “Pain” below. Pre-orders for the album can be found here.

In recent months, The War on Drugs have performed on various livestreams, including one promoting voter registration. They also joined The Rolling Stones for a new version of “Scarlet” in August.