The Weeknd Literally Loses His Head in New Video for “Too Late”: Watch

This gory Halloween treat was directed by Cliqua 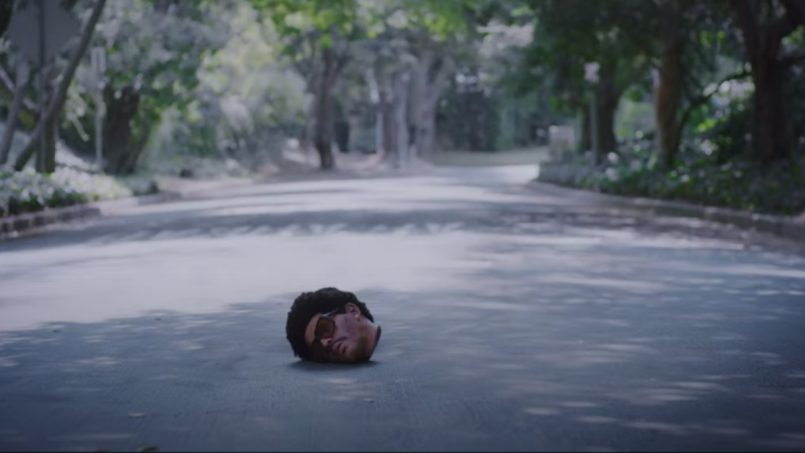 The Weeknd in "Too Late" video

The Weeknd has literally lost his head in the gory new music video for the After Hours cut “Too Late”.

As it happens, the artist born Abel Tesfaye isn’t the only character in “Too Late” who suffers from neck-connectivity issues. Then there are the female protagonists — err, antagonists? — who begin the video driving home from a rousing session of plastic surgery. They spend all their time wearing elaborate face bandages (and little else) so it’s almost as if they, too, are missing their craniums. The plot developments are disturbingly raunchy, extremely graphic, and almost certainly NSFW. Altogether, watching “Too Late” is like an R&B twist on Washington Irving; call it The Headless Hoes, Man. The video was directed by Cliqua, and you can check it out below.

The Weeknd continues to find exciting ways to promote After Hours. Last week, he teamed up with Kenny G for a saxy new remix of “In Your Eyes”. At the end of August, he opened the MTV VMAs with a skyscraping performance of “Blinding Lights”, and he also linked with Calvin Harris for the new song “Over Now”.