Watch a previously unseen performance of "Ball and Biscuit" from 2003 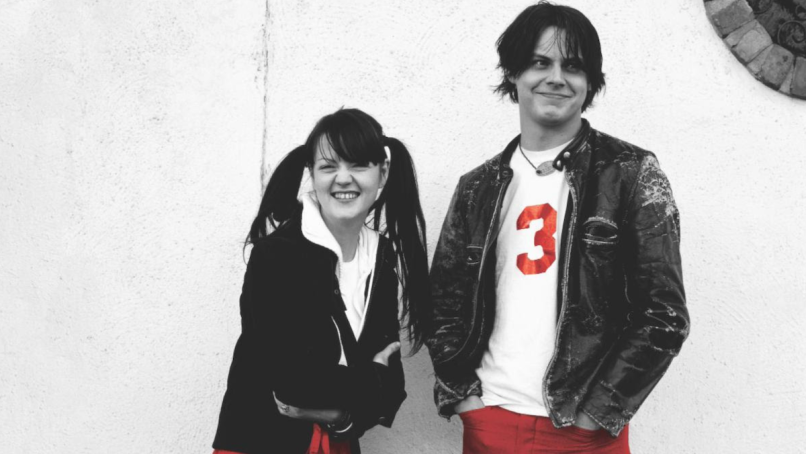 The White Stripes have announced their first-ever greatest hits compilation. Dubbed simply The White Stripes Greatest Hits (with the message “My Sister Thanks You and I Thank You” printed on the cover), the compilation is due out December 4th via Third Man Records in conjunction with Columbia.

In typically mysterious White Stripes fashion, the 26-song tracklist for Greatest Hits hasn’t been fully revealed. In fact, only one song has been confirmed: “Ball and Biscuit”. To celebrate the announcement, the band has shared a previously unreleased live performance of the Elephant track captured at Tokyo, Japan’s Shibuya-AX on October 22nd, 2003. Check it out ahead.

Update – November 13th: The White Stripes have unveiled the album’s full tracklist, which you can see below.

Additionally, an expanded version of The White Stripes Greatest Hits will be available through the Third Man Vault subscription program. Alongside the double-vinyl of the standard presentation, the Vault exclusive will include a third disc of “largely overlooked, previously scattered B-sides.” The bonus tracklist has been detailed, and it includes tracks like “Lafayette Blues”, “Good to Me”, “Black Jack Davey”, “St. Ides of March”, and “Though I Hear You Calling, I Will Not Answer”.

That’s not the only difference between the standard and Vault versions. The latter will also be housed in a jacket featuring separate artwork by longtime Stripes collaborator Rob Jones, and it’s the only place fans will be able to get colored pressings of Greatest Hits. The main LPs will be pressed on white and red vinyl, with the bonus B-sides disc coming on “detonation” black, white, and red vinyl. Also included in the Vault package will be three, randomly inserted Jones 8×10 silk-screen prints, and a set of lyric magnets.

The release looks to be the first in a wave of new White Stripes excitement. In addition to relaunching their Instagram account, the band is planning to release “upgraded” high definition versions of all their music videos. The clips are expected to hit their YouTube page in December, alongside “more from the archives.”

All of this comes as Jack White has signed a historic agreement between Third Man and Sony Music Entertainment. According to a press release, the deal brings worldwide distribution for the majority of White’s work with The White Stripes, The Raconteurs, The Dead Weather, and solo under one label group for the first time.

Pre-orders for the standard edition of The White Stripes Greatest Hits are live now. To get the Vault exclusive version, sign up at the Third Man store by October 31st. Find the artwork for both editions, as well as the Vault’s B-sides bonus disc tracklist, below.