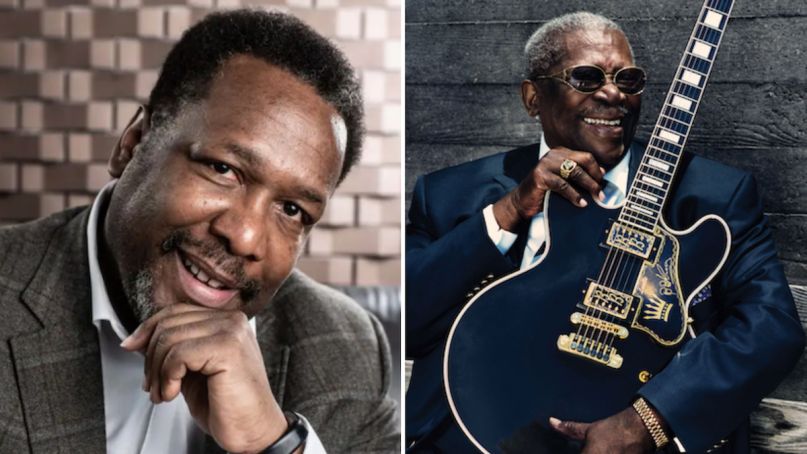 It must be three o’clock, because Wendell Pierce has the blues. The actor has announced he’ll be playing the late, great B.B. King in a new biopic about the legendary musician.

Pierce is known for his roles as Detective Bunk Moreland in The Wire and, more recently, James Greer in Amazon’s Jack Ryan. He announced his casting as King himself, tweeting, “We are official. Preparation has begun on a film where I will be honored to play the great, BB King. Humbled.”

In a separate tweet, he added, “I promised BB King before he died, I will honor him and his creative genius. An American Icon.”

The project is entitled The Thrill Is On, playing off the name of King’s beloved cover of Roy Hawkins’ “The Thrill Is Gone” from 1969. According to IMDb, the film will center on King’s relationship with Michael Zanetis. Zanetis is actually co-writing the script alongside Melora Donoghue, in addition to serving as producer.

King passed away at the age of 89 in 2015, leaving behind a legacy of 40 studio albums and 15 Grammy awards. The blues icon was also inducted into the Rock and Roll Hall of Fame in 1987. That’s a heck of a pedigree for Pierce to embody, but the actor’s had practice with similar musical challenges. For his role of Antoine Batiste on HBO’s Treme, he learned to play trombone. He even went on to contribute to numerous New Orleans jazz records from the likes of Kermit Ruffins and Wynton Marsalis.

I promised BB King before he died, I will honor him and his creative genius. An American Icon. pic.twitter.com/htICX6IIif

Michael Zanetas, producer and myself in preparation for the BB King biopic. The Thrill is On! A thrill of a lifetime. pic.twitter.com/0He6Zi2Kbo