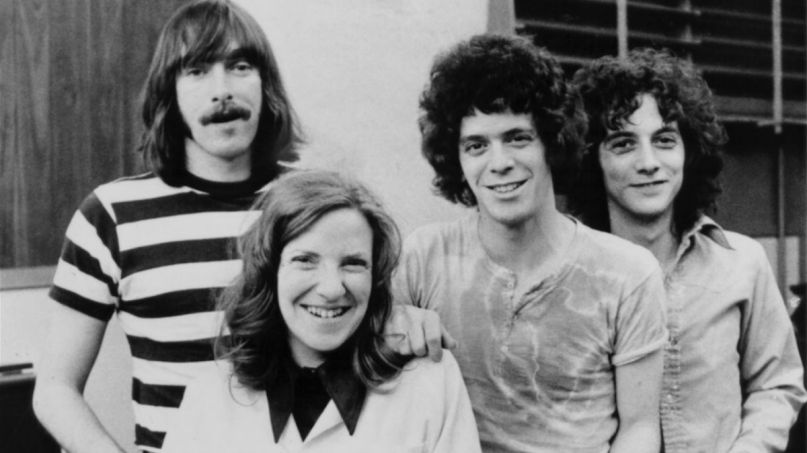 Todd Haynes has found a home for The Velvet Underground, his upcoming documentary about the legendary avant-garde rock band of the same name. According to Variety, Apple TV+ has picked up the film and the worldwide distribution rights that come along with it.

The documentary aims to establish The Velvet Underground’s status as a cultural touchstone ripe with contradictions. As such, it will include never-before-seen performances, studio recordings, experimental art, and various films by their one-time manager and longtime supporter Andy Warhol.

Surprisingly, The Velvet Underground is the first full-length documentary of Haynes’ career. Over the past three years, the Oscar-nominated director put ample time and care into the feature to make sure it represents the band accurately, going so far as to seek input from The Velvet Underground’s surviving members, such as John Cale, while accurately profiling those who’ve passed, like Lou Reed.

Of course, Haynes has plenty of experience when it comes to making music-themed dramas. He first gained attention from the industry with Superstar: The Karen Carpenter Story, his 1987 short film chronicling Karen Carpenter’s life and death using Barbie dolls, despite being sued by Richard Carpenter for failing to obtain music licensing rights to use the band’s songs. Fast forward to 1998 and Haynes released Velvet Goldmine, his love letter to the glam rock era with a protagonist modeled after David Bowie, Jobraith, and Marc Bolan. Then, in 2007, he rolled out his Bob Dylan biopic I’m Not There, which scooped up a Golden Globe and an Academy Award nomination courtesy of Cate Blanchett.

A release date for The Velvet Underground is not currently scheduled. However, we do know that Haynes is joined by Universal Music Group’s Polygram Entertainment as well as producers Christine Vachon, Julie Goldman, Christopher Clements, Carolyn Hepburn, and David Blackman for the project.

Last year, a previously unseen video of The Velvet Underground performing at a Dallas war protest in 1969 was unearthed. The rare footage was quickly cleaned, colored, and digitized to preserve the piece of history. It was an exciting look at the band during their hey-day — and perhaps it’s a hint of what’s to come in Haynes’ deep dive, too.