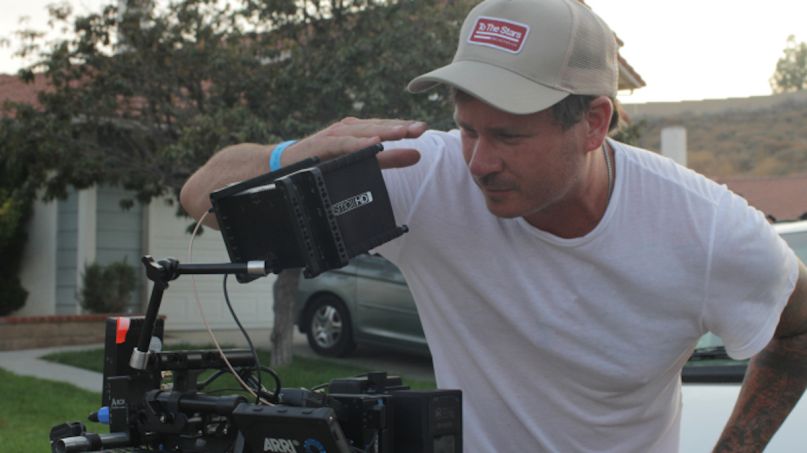 Tom DeLonge is ready to make his directorial debut. According to Deadline, the former Blink-182 guitarist and Angels and Airwaves frontman will helm a new sci-fi coming-of-age movie called Monsters of California about a teen who comes across, you guessed it, mysterious paranormal events.

DeLonge co-wrote Monsters of California with Ian Miller. So far, the cast includes Richard Kind, Casper Van Dien, Arianne Zucker, Gabrielle Haugh, and Sports Illustrated model Camille Kostek. Newcomer Jack Samson stars as the protagonist Dallas Edwards, a teenager who rallies together some friends to “search for meaning behind a barrage of mysterious paranormal events (that may have ties to deep government secrets) plaguing the Los Angeles area.”

“I have been playing this story in my dreams for decades,” DeLonge told Deadline. “It represents all aspects of my strange existence, including growing up in San Diego suburbia as a disaffected teenage skateboarder. I had a tight tribe of friends who never missed an opportunity to piss people off and made me laugh so hard I would cry. The camaraderie, curiosity, angst and irreverence is everything that led me to Blink-182 and this story is layered with my obsession with the tightly blurred lines between science and science fiction.”

Perhaps the biggest news of all is that DeLonge is also set to write and perform original music to score the movie. With quarantine providing ample time to crank out new tunes, and considering that production on the movie is already underway, there’s a good chance DeLonge has already written his follow-up anthem to “Aliens Exist”. Fingers crossed we hear it soon.

It’s easy to scoff at DeLonge’s fascination with aliens, but the pop-punk legend has spent the past few years using his influence and income to actually dig up some interesting truths. His To the Stars Academy landed a research deal with the US Army, and the Pentagon officially published the UFO videos he uncovered, much to Trump’s confusion. Hell, even the Navy acknowledged the existence of UFOs for the first time thanks to DeLonge’s work.