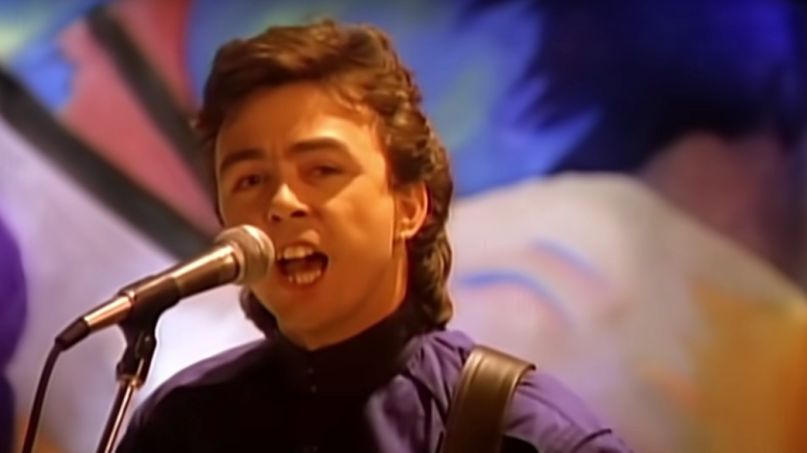 Tony Lewis, of The Outfield

Tony Lewis, the lead singer and bassist of UK pop rock band The Outfield, has died at the age of 62.

According to a statement from his publicist, Lewis died “suddenly and unexpectedly” on Monday (Oct. 19th) near London. A cause of death was not immediately made available.

The Outfield’s origins date back to the early 1980s, when Lewis and guitarist John Spinks formed a prog rock band called Sirius B. The duo later recruited drummer Alan Jackman and reinvented themselves as a power-pop group under the moniker of The Outfield.

The band experienced almost immediate success with the release of their debut, 1985’s Play Deep, which climbed to No. 9 on the album charts and was certified three-times platinum in the US. Much of the album’s success is owed to its massive single, “Your Love”, which peaked at No. 6 on the Billboard Hot 100 and remains a staple at sports arenas across the country. Album tracks “All the Love” and “Everytime You Cry” also received significant radio play and both ended up cracking Billboard’s Top 100.

The Outfield released two more albums in the 1980s — Bangin and Voices of Babylon — to varying degrees of success. However, as the band’s popularity waned, Jackman announced his departure in 1991. Lewis and Spinks continued on as a duo, and scored one last Top 40 hit with 1992’s “Closer to Me”.

Lewis and Spinks later reunited with Jackman in 2009, and released one final album together in 2011 with Replay. Spinks passed away in 2014 from liver cancer.

In 2018, Lewis released his first and only solo album, Out of the Darkness.