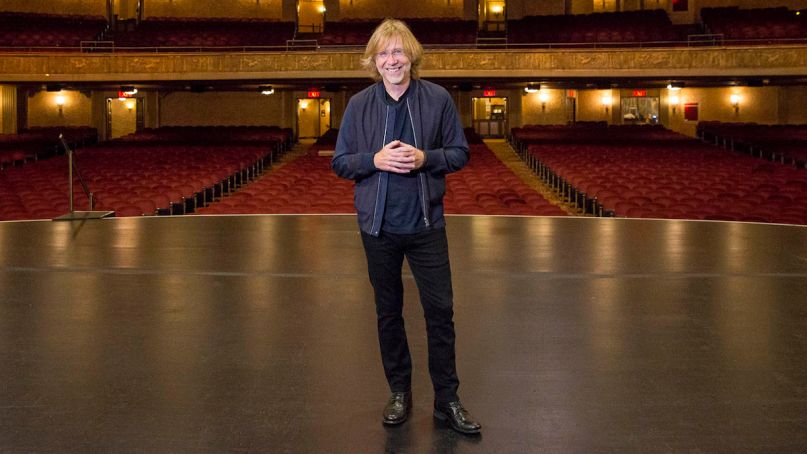 Trey Anastasio is bringing fans back to the Beacon. The Phish frontman has announced an eight-week virtual residency to be livestreamed from New York City’s iconic Beacon Theatre.

Dubbed “The Beacon Jams”, the shows come in partnership with MSG Entertainment and Twitch. Every Friday from October 9th through November 27th, Anastasio will take the Beacon stage for performances that will be broadcast on his Twitch channel beginning at 8:00 p.m. ET. There will be both electric and acoustic sets, as well as moments of interaction with the home audience.

Proceeds from the events and all merch sales during the streams will benefit Phish’s non-profit organization, the WaterWheel Foundation. Specifically, the donations will go to the newly launched Divided Sky Fund, which focuses on delivering treatment and care to those battling addiction. DSF is also actively involved in building a treatment center in Vermont, and funds raised during the Beacon Jams will further those plans.

“I’ve been sober for 13 years. It’s a great blessing in my life,” Anastasio said in a statement. “We started talking about the idea of a treatment center about a year ago. I was worried that the project would get derailed because of the pandemic but it didn’t – it actually picked up steam; things are really rolling along now. The Beacon Jams emerged as a way to raise money for it while also allowing me to play for the fans again.”

Below, watch a teaser video for Anastasio’s virtual residency.