A week after his hospitalization for COVID, Trump will sit down with the "Person. Woman. Man. Camera. TV." doctor 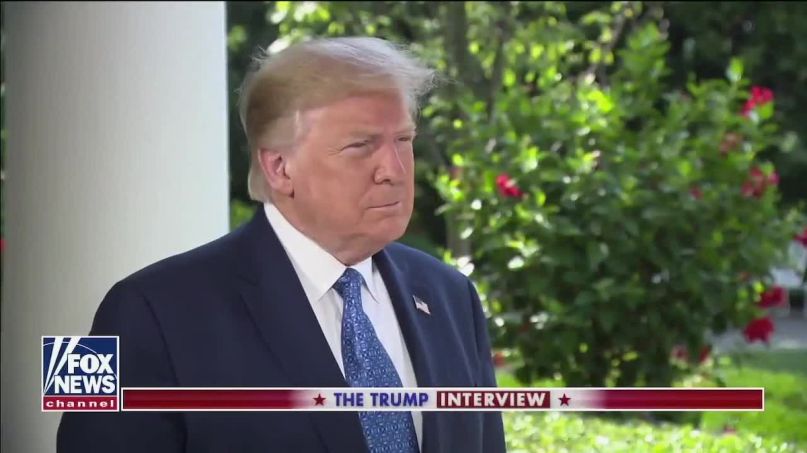 Exactly one week ago today, Donald Trump was hospitalized after testing positive for COVID-19. After being shot up with steroids and other experimental drugs, Trump claims to have made a complete and full recovery, and is ready to return to the campaign trail as soon as this weekend.

Most health experts are rightfully skeptical. As Kavita K. Patel, an internal medicine physical at Mary’s Center in Washington, DC, wrote in the Washington Post, the “typical length of stays for COVID-19 patients who are treated the way Trump was can approach weeks.” At various points over the course of his hospitalization, Trump was given supplemental oxygen, heavy steroids, and a cocktail of experimental drugs that is not available to anyone outside of clinical trials. The more practical scenario is that Trump has not recovered — it’s that he strong-armed physicians into lying for him (he’s their commander in chief after all), and is simply feeling jacked up from the steroids that he’s been taking. He remains heavily infected, and at any moment his health could take a turn.

But as someone who values perception over all else, Trump is eager to obfuscate his COVID failures and instead present himself as the triumphant leader of America who daringly met COVID head-on and lived to tell about it. And that’s why this evening, he’ll be participating in a televised medical review live on Fox News. During tonight’s episode of Tucker Carlson Tonight, Trump will be examined by Dr. Marc Siegel. If that name is familiar, it’s because he’s the same Marc Siegel who interviewed Trump when he famously touted his cognitive ability by reciting, “Person. Woman. Man. Camera. TV.” Spiegel is also a hardcore Trump sycophant who has routinely dismissed the pandemic as overblown, so you can be sure Trump will receive a clean bill of health and be given permission to take his super-spreader self back on to the campaign trail.

Trump, who has been notoriously cagey about his health history, previously appeared on Dr. Oz during the 2016 presidential campaign and shared a letter from his doctor that Trump himself dictated.