Unsane Launching Their Own Record Label, Reissuing Back Catalog 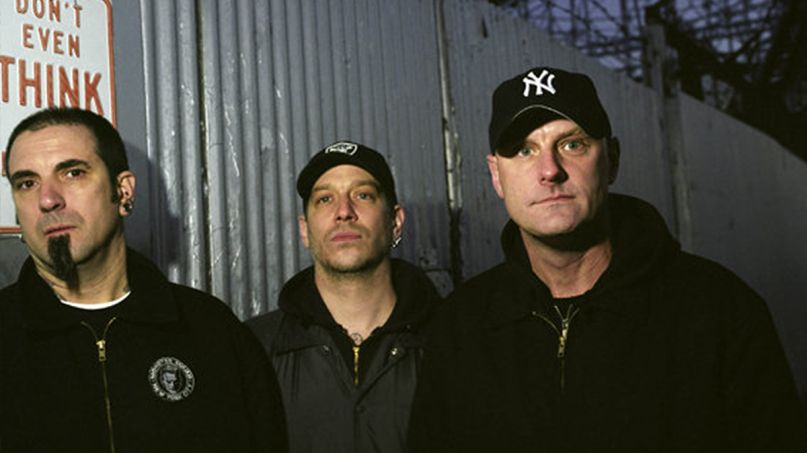 Unsane’s early albums have been out of print for years and missing from digital platforms, but the band has taken things into its own hands to rectify the matter.

Frontman Chris Spencer will launch the imprint Lamb Unlimited label Friday (October 9th) as a means of reissuing Unsane’s back catalog and associated side-projects like the Cutthroat 9s. Finally, early Unsane releases will be accessible in digital and streaming formats.

Unsane’s 1991 self-titled debut and 1993 singles comp, Singles 89-92, were issued on Matador Records and became cult favorites for fans of noise rock and post-hardcore — with some grisly album covers to boot. It just seemed cruel that these albums remain vacant from streaming services in 2020, so Spencer created Lamb Unlimited to rescue the Unsane discography from licensing hell. The titles go live with the label’s launch on October 9th.

In addition to digital re-releases, Lamb Unlimited will also put out vinyl. The first release will be the “long thought lost” Improvised Munitions 12-inch. It was recorded in 1989 and originally intended for release on the Long Island, New York-based Circuit Records. In a press statement, Spencer recounted the history of the record, the shady dealings with Circuit, and the eventual rarity of the LP’s test pressing:

“‘Improvised Munitions’ was recorded for Circuit records in ’89, we thought it was our big break as Circuit was putting out up and coming bands like Cop Shoot Cop and Surgery. We gave the tapes to Ernie, the guy that ran Circuit, and following our approval of the test pressings Ernie disappeared. We were soon to learn that Ernie had a massive cocaine habit and had owed some drug dealers a shit ton of money. At the time, this was a huge let down. We (Unsane) managed to use a couple of tracks for singles, but while on tour my junky roommates stole all of my original early Unsane 7-inches and the Circuit test pressing. The original Circuit record now seemed gone forever. We re-recorded some of the tracks to put on the first full length for Matador and soldiered on with non-stop touring. Years went by, and then I heard a rumor that someone actually had a copy of the test pressing. More than likely the one that my drug addled roommates had taken. Multiple leads led to a NYC collector (Jordan Mamone, Thanks!) who had bought it at a used record store on the Lower East Side back in the day, and still had it in great condition. For me, it was crazy to hear it after all this time. We were able to transfer the vinyl and remaster it, and as hard as it is for me to believe, we will actually be able to get the record out.”

Fans can expect a full vinyl rollout of the Unsane catalog throughout 2021, with the self-titled Matador debut coming later in the year, followed by Singles 89-92. The 1994 album Total Destruction is not on Lamb Unlimited’s roster, likely because its still in the hands of Matador, which reissued it on vinyl in 2018.

Check out the full list of digital releases and stream the self-titled debut via Unsane’s Bandcamp below.