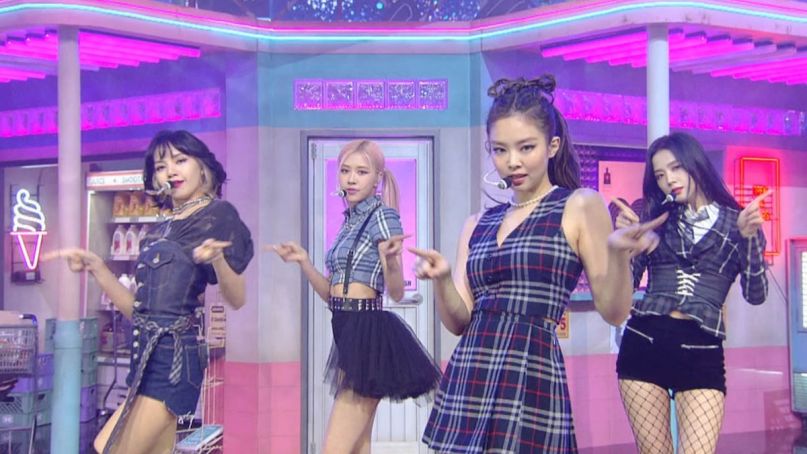 Earlier this month, BLACKPINK released their full-length debut, The Album, featuring the chart-dominating treat “Ice Cream”. On Tuesday, the K-pop megastars showcased another one of the record’s highlights, “Lovesick Girls”, with a performance on Jimmy Kimmel Live.

Last night’s episode also saw BLACKPINK sit down for an interview with Kimmel. They talked about their loyal fans (also known as BLINKS), learning different languages, and Jisoo’s favorite phrase in English. The four also spoke about playing Coachella for the first time and what it was like working with Cardi B on The Album track “Bet You Wanna”. According to The Korea Times, their appearance marked the first time an all-female K-pop act has been interviewed on the late-night show.

Watch both videos down below, and then head here to revisit our review of The Album.